Luck Key is one of those adorable, entertaining movies about identity and assumptions. The plot is simple – two very different men swap identities. One is faltering in life, the other is successful. How will they both fair when their circumstances are reversed?

Surprisingly, the answer is… exactly the same.  I say this is surprising because it subverts the usual trope of identity swapping. These sort of stories usually go like this… “Rich Man” is forced to live the life of poverty and learns valuable lessons about kindness and making genuine connections with people not based on monetary value. The “Poor Man,” by contrast, brings humanity and insight into positive working relationships with others to the cold, calculating world of wealth. Both learn the challenges the other faces and become better for it.

This is not the standard identity swapping story. Instead – it’s a humorous tale of two men whose personalities prevail despite circumstances. The hard working hit man and the train wreck youth.

END_OF_DOCUMENT_TOKEN_TO_BE_REPLACED

The Villainess opens with one of the most exciting, intense action sequences I have ever seen. Entirely from the protagonists point of view, you rush through a multi story building on a killing spree – seeing what she sees. I guess they mounted a camera to the stunt double’s head but geesh is it intense! Like a live action video game – with guns and blades and blood splatter everywhere. And, honestly, as deeply unrealistic as a video game… but why knit pick? Who cares if the bad guys cue up to fight her? Who cares if randomly none of them have guns when she’s brandishing a knives? It’s so awesome – just enjoy it. Enjoy it for the fun, furious murder ballad it is.

The Villainess is one of those rare movies where I was pretty sure I was going to love it before I even started watching it. Why? Because it’s loosely based on one of my favorite stories of all time: La Femme Nikita! It all started with French film Nikita by Luc Besson, which was excellent. America remade it, with the film The Point of No Return, which was also excellent. The Canadians did us all a favor and created an unbelievably sexy, sinister television series out of it – called La Femme Nikita. Oh Peta Wilson… you will forever be my first serious girl-crush. America followed suit, again, and made their own tv show several years later called Nikita… which I didn’t watch, for some reason, probably out of loyalty to Peta Wilson… but I hear it was pretty good too.

The premise is simple. A young criminal girl is caught up in the seedy underworld and ends up caught by the police. She will surely be sentenced to life in prison or death for her transgressions. A shady government organization sees potential in her and offers her an option – work for us and live… or serve out your sentence. She gets a makeover, learns to pass as a classy lady, and the next thing you know she’s off on assassination assignments and living under an assumed identity. In all stories, her handler is obsessed with her. There’s betrayal and secrets and amazing action sequences. And that’s Nikita.

The Villainess is a new Nikita. And she’s a worthy addition to the cannon.

END_OF_DOCUMENT_TOKEN_TO_BE_REPLACED 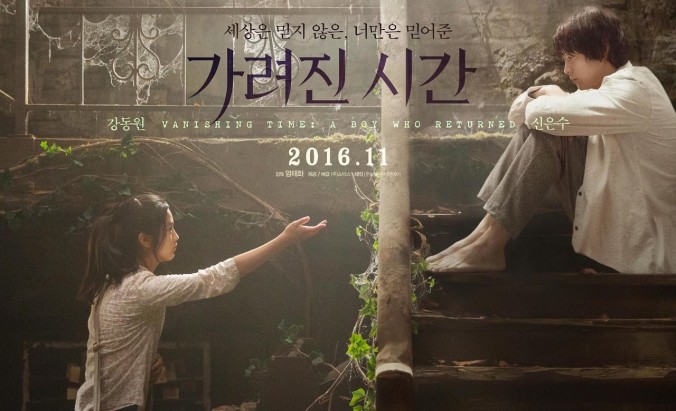 Vanishing Time: A Boy Who Returned is a slow paced, achingly beautiful movie about isolation and friendship. The cinematography alone would be enough to warrant a recommendation – but the plot, the acting, and the direction are equally exceptional.