“Whether love of friend, love of country, love of God, or even love of enemy—love reveals to us the truly miraculous nature of the human spirit.”
― Ruta Sepetys, Between Shades of Gray

Just finished “Between Shades of Gray” by Ruta Sepetys… it was horrible. And by horrible, I mean it was wonderful. It’s an excellent book about a terrible thing.

Here’s the basic plot: Russian troops round up all the teachers, the artists, the military leaders, the politicians and theologians and stuff them on train cars and ship them off to Siberia to work in the freezing cold and the polar night during WWII. Almost everyone died. On the trains, in the labor camps, in the cold, of starvation, in the snow dropping from starvation, of disease or NKVD cruelty… it’s rough.

There’s one scene where a little girl won’t get on the train and the soldiers shoot her doll in the head… I don’t know why, but I found that small act of cruelty just too much… the little girl then goes slightly mad and talks to the ghost of her doll for the duration of the book.

Anyways, back to the plot: The main character is Lina, an artist, who uses her art to send messages, win favors, record history and escape the world. Her mother and younger brother are also with her – while her father is segregated to another train and never seen again. The struggle for survival is brutal – and the slow progression of days is very well captured in the narrative. The flashbacks interspersed a needed reminder that once these people lived comfortable lives.

This book won tons of awards… I mean, the award list is long and international… and I must say, well deserved. But I’m grateful to be done with this book – as I hate the cold and have no desire to ever venture towards the earth’s poles, be it north or south, and if I never see snow again in my lifetime, I would not miss it. What can I say? As good as it was, I just can’t love it. I’d loved other books about miserable, cold, war experiences (City of Thieves, for example), but this one…

Going to read fantasy next… need to escape!

P.S. The movie is out now – it has been renamed “Ashes in the Snow”… to avoid confusion with 50 Shades of Gray, no doubt 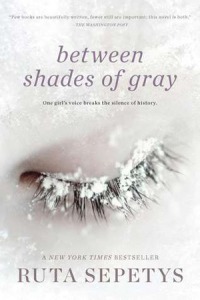 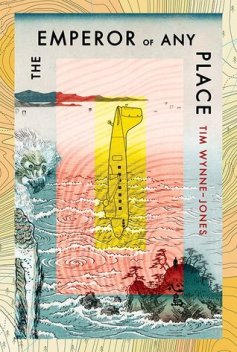 The Emperor of Any Place is about men. Specifically, the Canadian son of a draft dodging American, his military grandfather, and two soldiers shipwrecked on a mysterious island from opposing sides of WWII.

It deals with growing up, grief, responsibility, fathers and sons, male mentors, and male friends. There’s a nice mystery that baited me enough that I actually finished the book, even though I was only halfheartedly invested. The author went on and on about things I found tedious and boring (constructing forts, shelters, miniature boat models). There were tangent plotlines that felt irrelevant, mainly the bits about the grandson, his band and his friends. But there were also very intriguing elements – the diary of the two men on the island, for example.