Sigh.  The first few episodes were promising.  Secret vigilante hackers with a secret boss directing them.  A heinous crime committed by a cold-blooded psychopathic teenager.  A badass detective leading female and swarmy, egocentric prosecutor leading male.  There were promising elements at work in Lookout.  And yet… I could tell there was a disconnect somewhere.  I actually finished this drama awhile ago and have been sitting on this review, wondering what it was exactly that caused me to shrug this mystery-thriller off.  Honestly, I’m still not sure.  Somewhere around episode six, I started to lose interest.  I stuck around… but I was never fully committed.  I caught a few eps here and there.  The ending came, with its dramatic finale, and I was underwhelmed.

If I had to guess what ingredient it was missing… I would say heart.  There was no love (not romantic, not bromantic, not friendsies, nothing) between these characters.  Their relationships were tenuous at best.  Even their relationships with their families and coworkers seemed lukewarm.  Hell, even the show Bad Guys managed to have more heart than this drama – and it threw together a bunch of ex cons in a violent stew.  A similar show that nailed it with camaraderie and love between the underdogs fighting together to defeat corruption would be Mad Dog.  That show had everything this show lacks.

I guess there was a bit of something between the hackers, but eh… not enough.  And other than the initial murder of the detective’s daughter, I never felt a sense of danger or actual threat in Lookout.  Which is probably why the ending was so confusing, cause it literally just fell over into it… almost as if on accident.  Oops!  We forgot to make this climax, uh… climatic.  Let’s just kill someone off.  That’s dramatic, right?  Wrong. 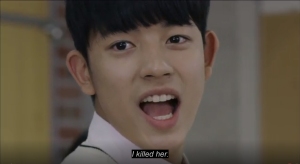 Anyways, you want to see “crazy-mom” done right, watch God’s Gift: 14 Days.  You want to see criminals working outside the system for justice, watch Bad Guys.  You want to see a multi-layered prosecutor(s) or a scarier psychopath, watch Remember.  You want to see a hacker at work (not teenage stereotypes, either), check out Healer or Phantom.  If you want to see what this genre can really do – watch Mad Dog.  All of these are better dramas, in my opinion.  Not that Lookout was terrible, mind you.  It wasn’t bad.  It just wasn’t very good, either.

Can I just say now right now that my favorite thing about this cute little show was the epic girl-friendship between the professor the shaman?  How adorable were they?  I loved that we had two older women coming together as friends with no common ground whatsoever other than the fact they were both lonely and needed a buddy.  Sometimes that is all it takes.  Their friendship made the entire story better, like having home made icing on a cake instead of store bought.  Sure, we were gonna eat that cake regardless… but now it’s just so much yummier.

Park Bo-Young was so adorable and funny in this show – jumping back and forth between a wide eyed innocent and a shameless rambunctious hussy with ease – that’s great acting prowess, right there.  Cho Jung-Seok played the male lead, a persnickety chef who’s a bit of a narcissist but also a surprisingly sweet romantic at heart.  His character transformation over the show was as just as impressive as the female lead.  Throw in a bunch of playful restaurant coworkers, a gigantic cop with a little boy’s smile, the dead girl’s family, and a murder mystery or two… and you’ve got a nice way to spend sixteen hours.

It was a fun little romance and I can see why so many people have recommended this show over the years.  Add me to the list.  I recommend it too. 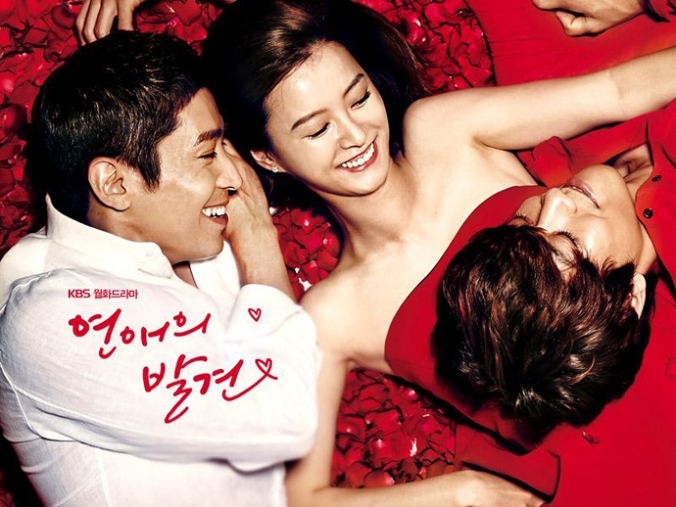 This romantic drama featured the reunion of actors Jung Yoo Mi with Eric Moon.  I love these two together.  They were fantastic in Que Sera Sera.  And they were good in this drama as well.  Sung Joon is also in this show, and he’s another of my favorites.  But I’m just gonna stop you now before you get excited by the quality line up of actors…

It just wasn’t that good.

Discovery of Romance is love triangle plotline, but with a bit more weight on each side for once.  Eric Moon’s character is the former lover of Jung Yoo Mi’s character.  They were together five long years before breaking up.  Now she’s with Sung Joon’s character, in a strong, healthy relationship.  That is… until her old lover turns up again and wants to try again.

Despite loving all the actors and the exploration of the complexity of relationships, I didn’t think too much of this drama.  I finished it, though I confess I started to skim towards the end.

Overall Rating – 5/10.  When The Heart Is Involved, Honestly Is Easier In Theory Than In Practice.