Review – Painter of the Wind

This is less of a review and more of me expressing my frustration over this drama.  The costuming, the cinematography, the sets, the actors – all fantastic.  The music was wonderful.  It offered a nice twist on the cross-dressing girl trope.  You had a lady  disguised as a dude so she could perfect her artistic skills and study the craft under the masters.  There’s some royal conspiracies and a lot of fuss about a portrait of the prince, all of which was rather underwhelming and generic “historical political” hoopla.

My problem is this:  Our female lead didn’t come across as a girl pretending to be a guy, in the style of this tried and true K-Drama trope.  She came off as a cute, artistic lesbian.  Thus my exasperation with this show.  Painter of the Wind should have embraced its obvious natural direction and  gone gay.  The entire show felt like an indie coming-of-age lesbian drama, but failed to fully embrace its already deliciously implied girl-girl romance and instead meandered around with an old man artist and attempted to go straight.  Don’t they remember the lesson from art class… that if the straight line is long enough eventually it will curve?  Come on! 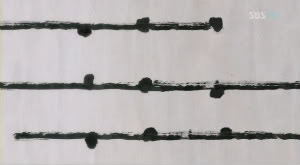 Overall Rating – 2/10 For Not Coming Out of the Closet.

Overall Rating – 8/10 If You Ignore The Lesbians And Watch It Straight.  This is probably the more fair rating – cause it really is a lovely drama and the subject of old school painters is very interesting and beautiful to explore.  But… I just can’t.  Cause this is my blog and my review and fair is for love and war.  And this is war!

More bitching and moaning and some sexy photo stills and SPOILERS follow.

END_OF_DOCUMENT_TOKEN_TO_BE_REPLACED

(Quick Note: I realize there are now some overtly, awesomely gay Korean Dramas. I wrote this post in 2017… so forgive me, but I haven’t had a lot of time to update it… I’m popping in links to new shows as I find them)

Let’s face it – there are a lot of gay-questioning dramas out there.  Okay, sure, they’re not implicitly gay;  Only recently have dramas crossed the purebred gay border, though their feature films have definitely made some expeditions to gay town in the past few years.  But it doesn’t matter if they’re gay or just questioning.  We love it!  Whether it’s one sided or misdirected, for comedy or for drama, for love or for money… K-Dramas are sprinkled with the gay rainbow.  And no one can deny it.

Korean dramas often depict variations in sexuality, sex roles, sexual attraction, and sexual fluidity.  It’s an interesting juxtaposition to their seemingly strict gender assignments and homophobia… and/or perhaps a direct result of them.  Because the rules are there, it’s more fun to break them.

Gender Bending is popular in Taiwan too.

Off the top of my head – there are three excellent examples of LGB with a large emphasis on Q in K-World.  Cross-dressing is the biggest culprit in these same sex shenanigans – and, if we’re honest, the reason these dramas are so frequently made. It’s not all LGB with Q, of course.  There are plenty of examples of the T within various shows as well but as of yet not as the lead romance.  And even an A show now.

Let’s run through the questioning dramas together…