A trope is a storytelling device or convention, a shortcut for describing situations the storyteller can reasonably assume the audience will recognize.  K-Dramas thrive on tropes – from the piggy back ride for romance to the embrace after saving someone from a collision with oncoming traffic – these plot devices are tried and true signals of the developing relationships.  If you see two people pass each other in slow motion… you know they’re bound to hook up or tear each other apart, for example.  Everyone has their favorite tropes… including yours truly.

So, without further ado, these are my Favorite K-Drama Tropes: 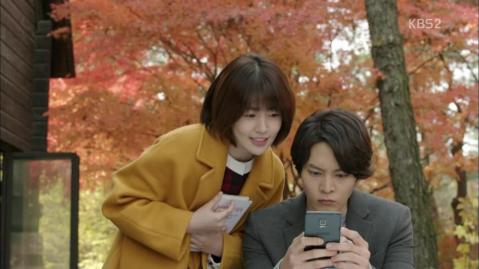 Funny Contact Names.  I never, ever get tired of this.  The silly nicknames, pet names, and jokes that reveal how a character perceives another character are often revealed through how they are labeled in their phones.  In Sweet Stranger & Me – she has her stepfather/boyfriend labeled as “The Person Who Lives In My House.”  In The Greatest Love, our female lead is constantly changing the contact name for the second male lead – going through a barrage of insults.  In Goblin, the Grim Reaper labels his lady interest with a reminder of how to pronounce her name, since he is constantly getting it wrong – this not that.  Whether its endearing or funny or mean, these hysterical contact names always make me laugh. 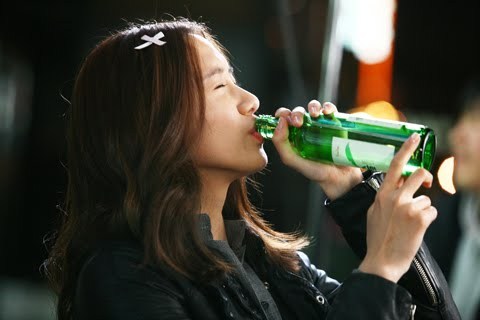 Binge Drinking Black Outs.  I swear, the Koreans can drink.  Though I have never tried Soju (not for lack of effort, but the stuff is difficult to locate in the States), the heavy drinking tendencies of K-Drama characters leading to hysterical “next-day” scenarios never fail to amuse me.  A character waking up in an odd situation… why am I with so and so?  Why am I in this house?  Why am I wearing this?  As they attempt to piece together their memories of the night before, I am totally entertained.  A good one that jumps to mind is the scene in Fight My Way where they first sleep together – in the same bed – and our lead female is working through the implications and attempting to sort out of the reality.  Quality comedy.  And usually quite sexy and/or horribly embarrassing.

Overt Confessions & Affection.  Every so often we get characters who not only know their feelings, but have NO problem expressing them.  In alarming and shocking detail.  They are not in the least bit afraid to announce their love, their crush, or their complete dedication whatsoever to whomever it is that has won their heart.  These bizarre straight forward characters generally throw the other character for a loop… cause… who talks that way?!  It’s so awesome and so terrifying.  I love it when a character is in full on pursuit mode.  Sometimes it’s not even the main couple, it’s a side character, another anchor point in a love triangle, and you think to yourself, “Holy Cow, who is that self aware and unafraid?”  And you have to kind of love them.  Cause it’s hard enough to recognize your own feelings, but verbalizing them is one of the most difficult challenges in relationships, in my experience.  But these peeps just GO.  Like when psycho-pants started to pursue our confused lady in Cheese in a Trap… who can resist that sort of overt (and oddly covert) flirtation?  Or the blunt, painfully honest confessions of the lead male in Padam Padam… damn… I want someone to bully me into loving them back…

Damaged Beyond Repair.  I loooooove a fucked up hero or heroine.  The ones who have lost themselves in the drama of their own lives… sometimes obsessed with revenge, sometimes just screwed by circumstance… the pathetic, sympathetic people whose stories make you cry.  You want to rescue them.  You want to murder them.  You can’t stop thinking about them.  Like Zo In-Sung in What Happened in Bali… like Kim Na-Gil in Bad Guy… like Kim Na-Gil in Shark… So Ji-Sub in I’m Sorry I Love You… Jin Se-Yun in Doctor Stranger… Lee Yo-Won in 49 Days… both Yoon Eun-Hye & Yoo Seung Ho in Missing You… You Seung Ho in Warrior Baek Dong Su… Byun Yo-Han in Six Flying Dragons.  Usually they are doomed… it’s impossible to crawl out of the grave they have dug themselves (or that someone else threw them in)… but on occasion they manage to pull it together at the end.  I adore Melodramas, so these melodramatic figures rule my world.  The more pathetic they are, the better, in my opinion. 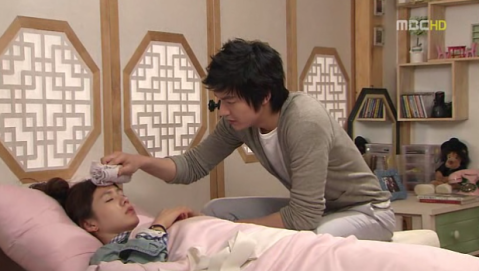 Directives of Love.  I absolutely swoon over stupidly unrealistic directives between lovers.  With a straight face they demand the impossible of their lover and it gets me every time.  My favorite:  “You can’t get sick.”  It has a lot of variations “Don’t ever get sick,” or “Don’t get sick without my permission”  Anyway they say it, I love that one!  These very bossy yet very lovingly controlling demands.  “Believe only me” or “Don’t be sad unless I say so” or “Live a long time and never be unhappy.”  It’s divine.  I like bossy people… at least, romantically bossy people.

What are your favorite K-Drama tropes?

3 thoughts on “My Favorite K-Drama Tropes”