I finished Michel Faber’s novel about a British pastor who leaves his wife behind to spread the gospel on a distant planet, Oasis. Though it is a book about aliens and their reception of The Book of Strange New Things (what they call The Bible), it is ultimately a story about human relationships. About the complexities of human nature, our beliefs and drives, and our delicate bonds with each other. The pastor’s wife Beatrice writes him letters of support – which quickly turn in tone as the world around her drastically changes in his absence.

Though the plot revolves around this deeply religious couple, it is not slanted towards endorsement of Christian doctrine nor against it… it simply was a part of how these two people experienced the world, deeply wound around their faith, as much a part of their experience in life as their race and culture. It’s a strange, infectious story that defies your expectations of what should happen with the premise of a foreign missionary – using the tension of our expectations to build the action in the plot. It’s hard to explain, honestly, without spoilers – and so I will just leave you to muse on this idea.

Highly recommended for readers looking for an usual story. The actual book was four stars. But the lingering impressions and explorations it invites you to take on your own are five stars.

I remember watching the pilot episode of the television show OASIS. It featured Richard Madden, the actor who played Robb Stark – the handsome oldest son of Ned Stark, would be King of the North in the popular show Game of Thrones. His character had recently died, tragically, and I was grateful to see him again – revived in a new tv series. Unfortunately, the show was not picked up… so only this vague first impression remains, hauntingly. In a way, it seems fitting considering the source material. I’m not convinced the book could be properly conveyed through the medium of television anyways, but it was a spectacular attempt. They’d changed enough major elements to craft a different story out of the book: Beatrice was dead, the planet showed haunting glimpses of her, the crew seemed poised to play more important roles. Anyways, I always thought it was a shame it didn’t get made. 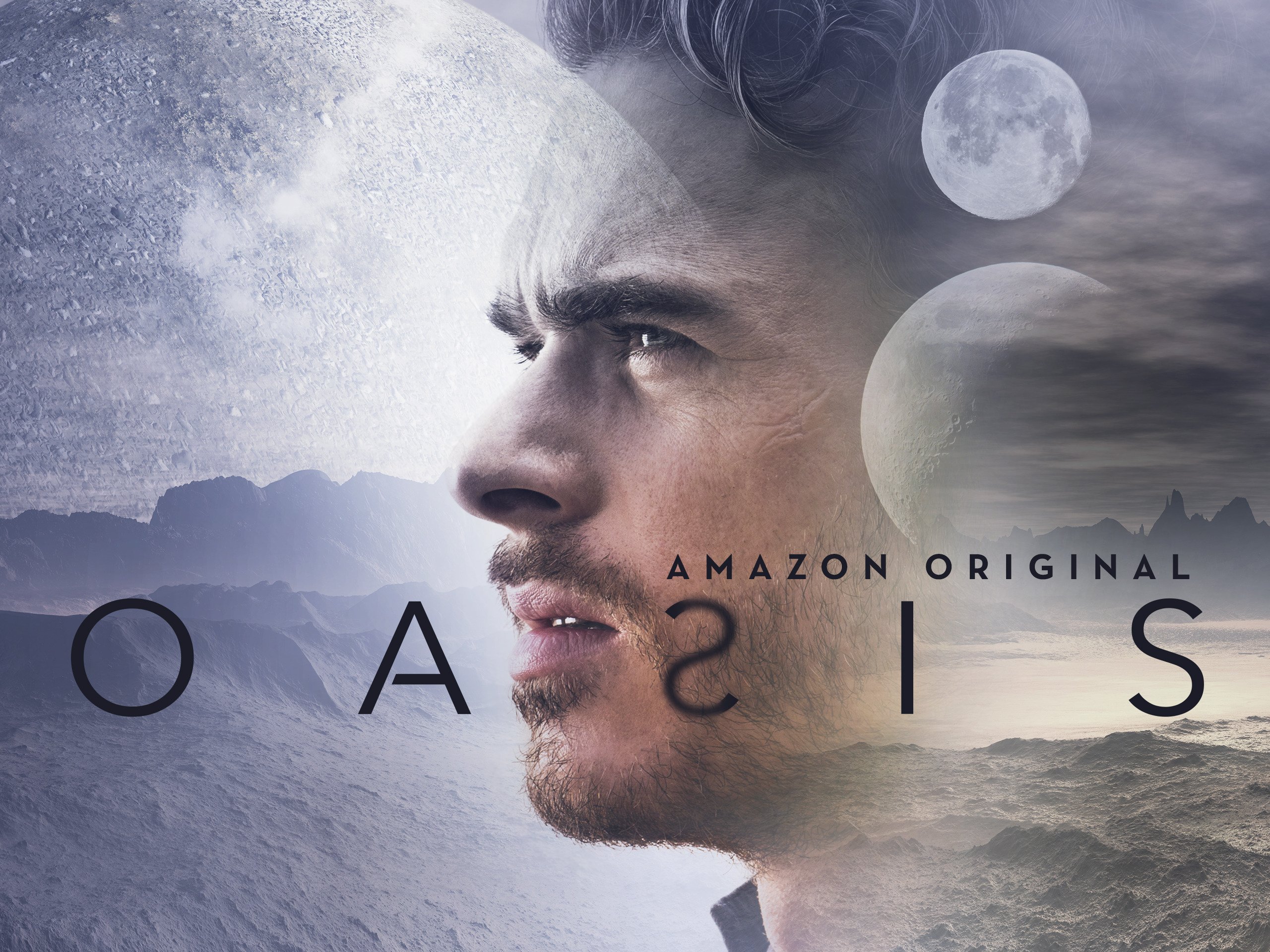 The casting was ideal. Now that I’ve read the book, I can envision Madden playing the charming junkie, the amiable pastor, the handsome man floating through life, attached to whatever surrounds him but never putting down roots, always susceptible to the next strong breeze. Clearly, the show would have made him a more likable character – as the viewing audiences generally do not favor milktoast leading men.

I thought of this aborted series often while reading this novel over the course of a week. I also thought about USIC, the mysterious company that sponsored the settlement on a new planet. USIC, which stood for nothing… symbolically. USIC, which could stand in for all the giant corporations slowly taking over the globe. Involved in everything. Vague mottos and mysterious leadership, its widespread hands featuring too many fingers – too many fingers dipped in everything. Powerful but unclear. The average person is unable to discover more about them – and you suspect even the people working high up in the ranks are as equally mystified, knowing only their roles in the complex machine and no more. In many ways, USIC was the real God of humanity in this book. The unknowable power you attempt to interpret through their strange words, their baffling and often contradictory actions, their rules and ideas made for humans with obvious intentions and expected outcomes. But it never quite works out because just as people crave structure, they thrive in chaos. 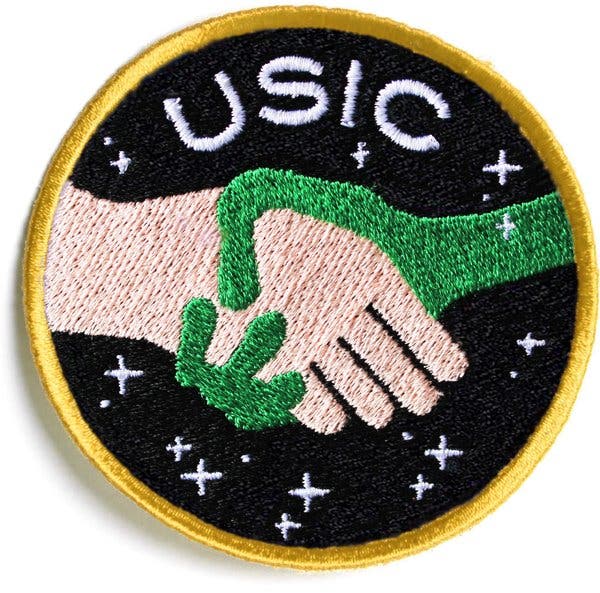 As a woman reading this book, I admit to feeling alienated by Peter. Peter, who spends him time obsessing over his sexual performance with his wife. Whose evaluations of women are always linked to their sex, their bodies, their sexual preferences, their behavior around or use to men. It was disturbing to me, how alien his perception of reality was compared to my own. His constant assessments. I couldn’t tell if the author meant these scenarios as illustrations of Peter’s character – or if it was just how the author presented information because that’s how he sees it. I just couldn’t tell.

I still can’t tell. I’ll have to read more of his books to know for sure. 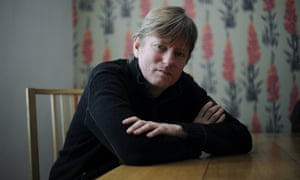 Michel Faber is a odd duck. I’ve only watched two or three videos of him – being interviewed or chatting with enthusiastic book lovers. In each video, he spoiled his own books. I’m talking – he went straight to the end and started to analyse or explain his own twists and plot points. I don’t think I’ve ever seen an author so eager to ruin his own books because they can’t stop themselves from publicly congratulating themselves on their story endings. I literally laughed out loud when he started talking about the end of this book – basically saying that it was his intention that we are unsure whether or not Peter will sleep with Grainger – until it shows that he hasn’t, and that it was also intention that we are unsure of whether or not Peter decided to stay on Oasis after his wife told him not to return – until it shows that he’s still going back to Earth. I mean, what the fuck? Who spoils their own books so eagerly? I mean, I enjoyed those little tense moments when I wasn’t sure about Peter’s character – because I was never really sure about Peter’s character. But I would have been pissed if I already knew the answers going into it.

I stopped watching his interviews because he also spoiled the end of his novel Under the Skin – which I had decided to read next but now am less inclined to. He just blurted it out, without any spoiler warning or indication that he was aware this may damper the enjoyment for anyone in the audience who hadn’t read the novel. Just smug as a bug, smiling as he revealed his intention behind the ending scene. Who is this guy?

Of course, I know nothing about him personally – other than his wife recently died and he’s said he won’t write fiction again. That would be a shame, but if it is the case, it just illustrates a little more of his character.

Anyways. Back to Peter.

At least Peter recognized, occasionally, his other faults. His disinterest in others, his lack of curiosity about things outside himself, his blind acceptance of things. Though even when he did recognize his faults, he made no effort to correct the behavior.  It was interesting to me that he thought of these shortfallings in himself as something his wife was responsible for. As in, that was her role – to think of these things, to ask these questions, to do these duties. In a way, it showed he recognized her value and her complimentary personality, but it was also embarrassing – as if he considered these things solely hers and thus he could not touch them. It made me think he was the type of person who would just stop taking the trash out if his wife was gone, because that was her job and now that she was absent he couldn’t possibly imagine himself doing the labor. I suppose it’s very realistic of people, honestly. We are all quite silly in how we divide ourselves from certain things or behaviors, as if our personality renders us incapable of some actions.

Perhaps this is normal of partnerships, relegation. I don’t know. Sometimes I wondered what Beatrice had seen in Peter. But overall, it felt vivid and realistic. A true depiction of individuals cohabiting, creating a life together, and then figuring out how to be alone again. The perils of long distance relationships. The joys and pitfalls of the written language as sole means of expression of life.

Faber wrote Beatrice beautifully. Her voice seemed strong and clear in my head, her world crumbling around her as she tried to keep her head high, retain some dignity, fight off self-pity and depression.

I loved the reveal that all the new citizens of Oasis had been chosen because of their low-key, ambivalent temperaments. In fact, of everything – this sticks with me the most. I have always felt remarkably involved in life but simultaneously detached.

It is one of the many things I have in common with my best friend.

As for the aliens…

What can I say about the aliens? I barely knew them. Like neighbors. Like coworkers. Like members of a church. They were there. A few of them stuck out, enough that you might remember their names. Maybe you knew a little bit about them. You all helped out on communal projects when necessary. Then you left each other’s company and escaped back into your private lives.

Maybe that was the point. We’re more alien to each other than actual aliens. Or rather, aliens fit into the picture because we’ve already made aliens of ourselves.

Like I said, this books leaves you with a lot to think about.