I just rewatched Personal Taste, after several years, and have to admit… it’s still a funny, cute, and charming K-Drama.  Sure, it’s a bit dated.  Sure, it’s over the top and almost laughably preposterous.  Sure, it’s full of gay jokes that are just thin layers hiding serious homophobia.  “You were born as a man but unable to fully live as one.”   Jeez.  You’ll just have to accept the icing on the cake is homophobia and let that go to enjoy the humor.  Though on the flip side, it did feature one of the coolest gay dudes in K-Drama history, the classy Director Choi of the Art Museum.  Anyways, despite the chips on the veneer – it’s so freakin’ adorable.  Full of sex jokes and innuendo, this show knows how to have fun with its context and its subtext and pull you along for the ride.

First of all, Lee Min-Ho has never been better cast as the fussy heterosexual everyone easily mistakes for a flaming homosexual.  This is one of his best roles, in my opinion.

Secondly, the female lead is absolutely lovable and adorable.  The frumpy furniture designer living comfortably in her father’s badass house while her personal and professional life flounders.  She’s such a “good girls come in last” stereotype, but instead of being pathetic – I really admired her and wanted to be her friend.  I mean, I really, really wanted to be her friend.  Why can’t I have friends like that?  Why can’t I have friends like her friend?  No, not the boyfriend stealing one or the money stealing one, but her bestie girlfriend, the humorous and loyal companion who will have your back for life.  I loved her best friend.  She’s the type of friend who will key the car of the person who hurt you and then buy you ice cream and say you look beautiful when mascara is running down your cheeks.

I will kill for you, bitch!

To me, one of the best staples of a classic K-Drama is the arch nemesis who has no conscience.  Personal Taste provided an ice queen who knew no boundaries in her villainy.   Combine her with a flaky, weak man who also stirred up trouble wherever he went, and you have a deadly cocktail of foils for our main couple.  There were a lot of plot points – relationships, work, family, and friends – and they all worked well together.  It also had one of the greatest first episodes in K-Land… a lot happened.  Reminds me of She Was Pretty… another show with a great first episode.

END_OF_DOCUMENT_TOKEN_TO_BE_REPLACED

Well, I broke down and finally watched The Heirs.  It was much better than I expected, but also a lot of what I thought it would be.  Lee Min-Ho was rather charming as the aloof rich guy who turned into a puppy with love.  Park Shin-He did what she does best – look adorable at all times, cry a lot, and seem vaguely lost.  Kim Woo-Bin ruled as the school bully who finds his soft spot… by tormenting his first crush.  And the rest of the large cast was entertaining, interesting, and engaging as the plot lines moved around from episode to episode… from America (how bizarre was that?  Don’t break the 4th wall!) to elite private schools, and from the bedrooms to the board rooms.

It’s easy for me to be disengaged with these “super rich” dramas.  I find myself with a growing lack of sympathy of their problems, but this show managed to keep my emotions in check by doing a very good job of humanizing these rich kids and forcing me to care about them.  Quite a few of the side plots were very unique, including the awkward and funny friendship between the mistress and the mute housemaid.  It was fun to see Park Hyung-Sik before he’d capped his teeth and really matured into the full-blown handsome A-List actor he is today.  Tons of huge stars and exceptionally fine acting prowess saved what probably should have been a mediocre show and propelled it into a highly satisfying soap opera about young love between the economic classes.

I confess, I really liked it. 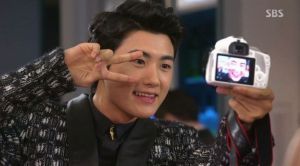 Review – Legend of the Blue Sea

A profoundly unspecial fantasy romance.  Oh, how I wanted to love this show!  But every little thing about it was so enormously contrived and flat.  The “romance” was just a nonstop series of cliches and ridiculousness.  Just like in the show Tomorrow With You, the writers and director seemed to think that putting two attractive people opposite each other is all it takes for everyone around the world to collectively sigh.  Well, this gal groaned.  Loudly.  And because I wanted to like it, it just made it worse.  It was like forcing yourself to enjoy a treat way past its expiration date… it was just dry and a bitter reminder of all the other dramas that have done this better in the past.  You know, the fresh ones.

Plotline, basic version:  A mermaid comes to land following her one true love… but if she doesn’t win his affection in return, she will die.

Overall Rating – 5/10.  A Can Of Anchovies When You Ordered Fresh Salmon.

END_OF_DOCUMENT_TOKEN_TO_BE_REPLACED

There are few historical dramas with an interesting female lead… whose interest goes beyond “I want to rule” or something generic like that.  But the lead female in Faith is by far the most interesting character in the show – and she’s interesting for lots of reasons.  The girl wants TONS of things – cause the world is full of possibilities and she’s crafty and resourceful and full of life and energy.  And she’s not the only one!  No, no, no, my fine friends, there are a multitude of interesting ladies in this show.  In fact, the ladies are JUST AS INTERESTING AS THE MEN!  Gasp!  Equal representation in a historical drama?  Be still my feminist heart.  This show has ladies with humor, personality, individuality, sexuality, and self interest.  Heck, there are even female guards in this show.  It’s awesome.

Faith is a show that knows its strengths and weaknesses and plays both correctly.   It doesn’t have great action, but it will distract you with a handsome lead.  Heck, they even let him get away with abandoning the top knot in favor of a fan favorite bangs.  There isn’t too much political tension, but there’s fun characters.  Loads of them.  Faith is a fish out of water via time travel story… as well as your basic “kings trying to keep their thrones while their court plots against them” story.  There are fantasy elements, people with special powers, magical portals to different times… but that’s about the extent of it.  It’s a bit long, a bit cheesy, a bit under dramatic for something that should be more dramatic, and definitely light on the action (for my taste – I prefer much more sword play!).  The romance is PG at best.  Yet it was still extremely enjoyable just for having so many refreshing elements and unique characters!  If only we could have such well written characters in other historical shows, eh?  To dream!

Overall Rating 7.5/10.  Lee Min Ho Looks Cool With A Sword Even If He Doesn’t Know How To Use It.

END_OF_DOCUMENT_TOKEN_TO_BE_REPLACED 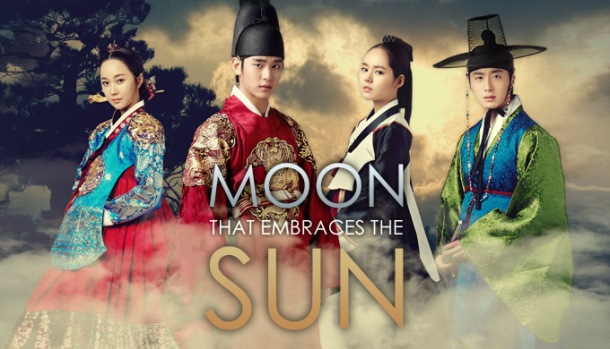