I loved this drama!  It proved to be non-traditional and yet still remain firmly seated at the table of k-drama theatrics.  Stories about heated rivalry are some of my favorites – there is nothing better than watching two people duke it out for a prize.  This drama threw me for a loop, however, because for the majority of the show – one of the rivals didn’t even know he had a rival.  Relatively fast-paced, adorably romantic, a hearty mix of medical drama, mystery, North-Korean refugees, Chinese location shooting and even a very well done amnesia plot (memory loss is always fun, no matter how ridiculous – This show made good use of it).  From the dramatic opening sequence, I was hooked. 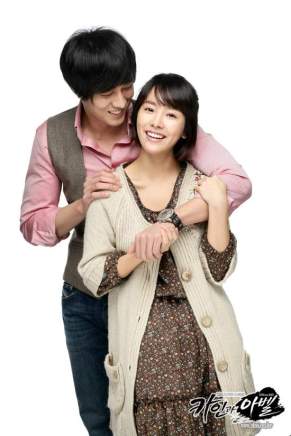 What was so awesome about this show, you ask?  The main couple, for one.

Han Ji Min is already one of my top ten favorite leading ladies – she stole my heart in Padam Padam with her wide soulful eyes and her contagious smile.  I even forgave the ridiculous nature of Rooftop Prince because it was so darned cute.  In Cain & Abel she plays a plucky refugee from North Korea working as a tour guide in China.  She meets our male lead – hired by gangsters to keep an eye on him while following him around the providences.  So Ji Sub plays our grinning doctor.  It took me about an hour to get used to seeing him smile.  He always plays such serious, overdramatic characters.  In this show, he’s refreshingly sweet and energetic.  So Ji Sub and Han Ji Min have immediate chemistry.  It was nice to see people fall for each through sheninigans and smiles rather than a moody, painful progression of misunderstandings.  I like both, mind you, but one can’t eat the same thing every day.

The location shooting in China was also refreshing.  Sometimes we need a break from Seoul.  From the dirty streets of the city to the dirt paths in the smaller providences, from traditional “round houses” to the expansive desert, it was a visual feast to explore China with our main leads.

It’s no surpise that things will go horribly wrong in China for our male lead.  The opening sequence shows him bleeding out on the desert sands from gun shot wounds before flashing back to the week before.  This is the start of our amnesia plotline.  Like I said, it worked for me.  Getting shot in the head is an excellent excuse to reset yer brainpan. 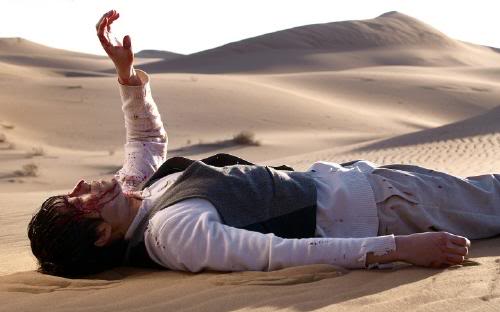 In Cain & Abel we get a small peek into the desperate lives of the North Korean refugees who rescue our male lead from the desert.  Next thing you know we’re treated to drug dealers, shoot outs, torture sequences in Chinese prisons, North Korean soldiers hunting down escapees and flour, bullets flying and sad backstories of families left behind.

Our male lead, of course, does not remember who he is at this point.  It’s awesome.  His inner struggle with the subconscious urge to save people (doctor, remember) and the murderous thugs he’s now hanging with takes an understandable mental toll. 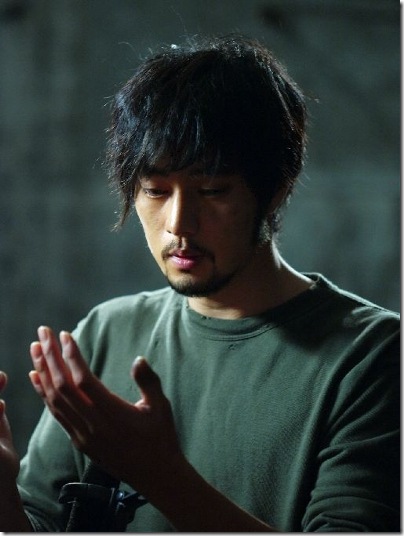 Meanwhile, back in Korea (and China, too), the “evil” brother is searching for his lost sibling.  He’s slowly figuring out that his own mother and her cronies are responsible for his brother’s disappearance.  There’s about two point one seconds of conflict before he decides the world is much better sans brother.  Why?  He gets his brother’s gal – win.  He gets to be the hero of the hospital – win.  He gets his new neurology wing – win, win.  He may even get a chance to impress his ill father.  By the time he figures out his little brother is alive, he’s decided that he prefers him dead and goes about ensuring this outcome.  Psuedo evil becomes evil.  You will not have any sympathy for this guy… maybe a teeny bit by the end… but only a teeny bit. 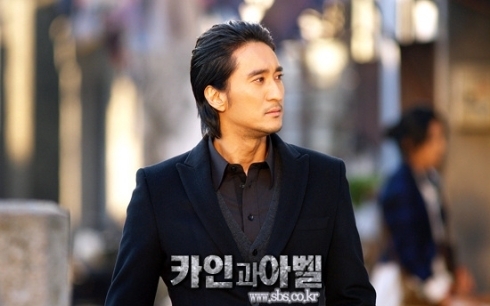 The Enemy of My Enemy is My Friend… or The Girlfriend of my Brother is My Girlfriend Too. 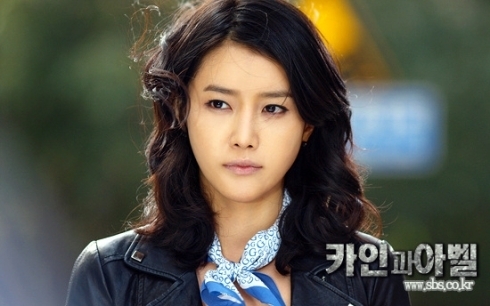 The second female lead gets swallowed by this drama.  She’s a musician with a heart problem who once dated the older brother and then fell for the younger brother while the older brother was away in America.  The second she locks eyes with the returned older brother, however, you know that there are some very strong lingering feelings.  This gal and the older brother are perfect for each other.  They’re both moody and overdramatic and somber and sickly.  It’s not shocking when they get back together.

The rest of the cast is rounded off with an evil mother, a bedridden father (who impresses by conveying emotion with his eyes while his body is paralyzed), a double-crossing North Korean gangster and a slew of lovable doctors and less lovable hospital staff.

But none of that matters.  The only thing I cared about was watching the male lead figure out who he is, who he was, what his family is up to and where his heart belonged.  It was gorgeous.  So Ji Sub did an amazing job portraying this naive doctor.  He was enjoyable in scenes alone but really shone when Han Ji Min was with him.  There were genuine “Aaaawwww!” moments for me.

Check this out… for her birthday he paints a bunch of beautiful, romantic murals all over the walls leading to their house: 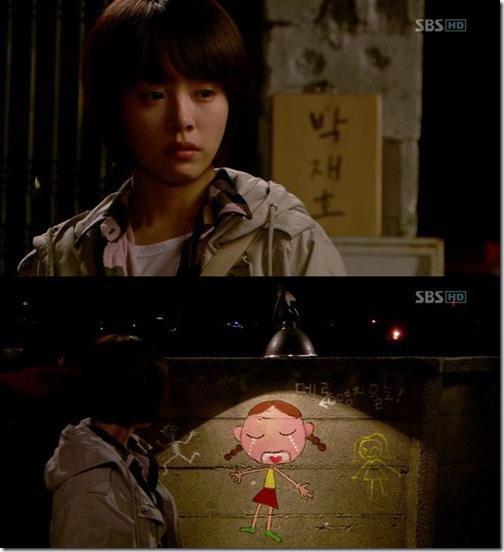 And every stone heart in the world turns to mush.

Even the cake is awesome. 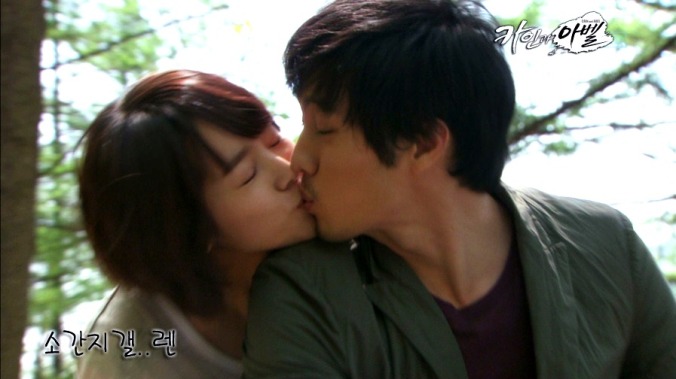 If nothing else – every So Ji Sub fan should watch this just to see this guy smile, make jokes and play around for once.  Who knew he had so many teeth, eh?