Every drama fan knows you can’t really rewatch your favorite shows too many times.  They’re just long enough that you can’t possibly remember everything – even with repeated viewing.  A lot of shows get better the second or third time around.  A few of them slip down your charts.  Not everything can stand up to the test of time.  But a good rewatch is needed to fully appreciate K-Dramas.  Especially if you’ve been watching mainly new dramas.

There’s nothing better than watching a great actor develop and change for multiple roles over the years.  Ha Ji-Won is a shining example.  Damn, that woman can act!  She’s incredible in everything – and has an amazing ability of disappearing into the roles so that you’re not watching thinking, “God, I love Ha Ji-Won!” instead you’re thinking “Oh my God, I hope Damo is okay!” 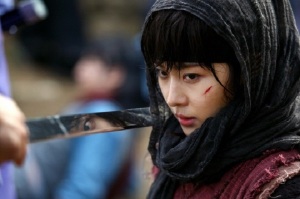 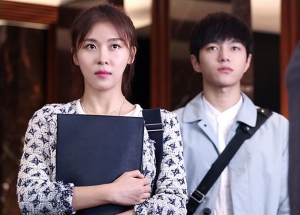 Rewatching a favorite can be a palette cleanser, too.  Sometimes you just need to remind yourself what a really, really good drama looks and feels like.  If you’re not too happy with the dramas coming out in a certain year, don’t worry.  Give it a year or two and you’ll have completely new (or reworked, rather) plots and dramas that may be more to your liking.  If you’re new to K-Drama, you might not have seen all the classics (well, generally accepted to be classics by the large majority).  YOU MUST SEE THESE.  The classics are both the foundations on which current dramas are built as well as the lofty heights of greatness to which all drama’s aspire.

I literally gasped when I met another K-Drama fan who hadn’t watched Queen Seonduk OR Coffee Prince OR You’re Beautiful.  I mean… how?  HOW IS THAT POSSIBLE?  What do you mean you haven’t watched Heartless City?  How did you miss Padam Padam?  I’m having heart palpitations just remembering this conversation…

What’s your favorite drama and how many times have you rewatched it?

My top rewatches aren’t even, necessarily, in my top ten.  I’ve seen Gu Family Book three times and I didn’t even think it was all that amazing… I just kept popping it back on, as if mystically drawn to it.  It puts me in a good mood.  Master’s Sun I watched about six times in a row.  (did I mention I have compulsion issues?)  I’ve already rewatched Goblin three times and it’s not even finished airing  yet.  The Greatest Love never fails to make me laugh.  Ever.  I rewatch Bad Guy all the time… ALL THE TIME… the music, Kim Na Gil, the sexiness and the deviousness… I love it.  Shamelessly.