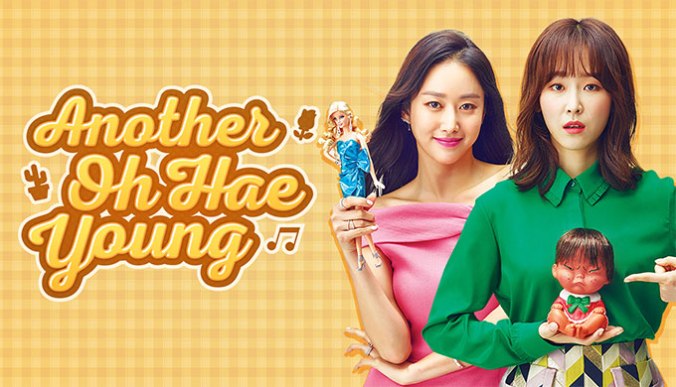 Okay, so here’s the cool plot of this show.  A man gets stood up on his wedding day and his bride-to-be, Oh Hae Young, disappears without a trace and no explanation.  Embittered, a year or so later he hears Oh Hae Young is going to marry again and, encouraged by his best friend, he sets out on a scheme of revenge.  He sabotages the future husbands business, which results in the future husband landing in jail.  Embarrassed by his sudden turn of fortune, the future husband breaks off his wedding by dumping Oh Hae Young.  Revenge complete!  Except… it wasn’t the same Oh Hae Young who had stood up the other guy a year before.  It was a woman who had the same name… so, basically, the guy had just ruined the life of two complete strangers with his vendetta!  Oh, the cruel twists of fate!  Then, even crazier, he starts to fall in love with this new Oh Hae Young… right when the other Oh Hae Young shows back up and wants back in his life!  Whooohoo!  It’s a wild ride.  Apart from when it wasn’t… which was, unfortunately, quite a bit of the time.

There was so much I liked about this show, yet it often left me wanting… and, truth be told, quite bored.

Overall Rating – 6.5/10.  Hit Men Should Be Sure They Don’t Ring The Wrong Doorbell.

There were things I really, really liked about this series.  And things I hated.

For example, the lead male (played by the handsome Eric Moon sporting very, very long “little boy” bangs) was a sound editor for feature films and it was fascinating to learn more about this interesting career option.  I also liked that he was such an introvert, awkward and uncomfortable with his own feelings.  He was stubborn, withdrawn, miserable and a perfectionist.  I found this character to be fascinating.  Sometimes.  Eric Moon is better suited to playing extroverted jerks, honestly, but he was still quite good in this role.  I don’t know… he sorta went on autopilot for a great deal of this show, if you ask me.

The female lead was adorably open with her feelings, and her libido… and it made for a fun ride to have the girl chasing after the reserved guy in this show.  I never really liked her, though.  I sympathized with her and her underdog story.  What girl can’t relate to being second best to another, brighter, prettier rival?  But it wasn’t enough to make her an enjoyable character.  Her behavior was confusing to me, a jumble of odd angles that didn’t line up.  Her style of flirting, in particular, turned me off and made me wonder what kind of idiot would find that style of simpering and silliness attractive.  She wasn’t very nice to her coworkers or even, really, her friends or family.  I excused her, since she was going through a most heart-wrenching break up and subsequent confusing new relationship… but overall, meh.

I also did not like the lead characters together as a couple.  They just never felt right.  They were more fun when they were push and pull, but once they jumped on board the good-ship-relationship, I was bored.  It felt contrived.

And their wedding.  Am I the only one who thought that was just Oh Hae Young imagining her wedding day while waiting in the hospital?  I suppose it was real, that seems to be the consensus, but blah.  Though admittedly, it was a cute wedding and nice to see our groom with his hair off his forehead.  I also loved the dance party put on for the audience… sorta breaking the 4th wall there, but whatever.

Not only did the two Oh Hae Youngs go to school together… they randomly end up working at the same company, in the same office, a decade later.   Rolls eyes.

I love ridiculous, over the top coincidences when I am watching an over the top, ridiculous melodrama… but this show didn’t quite commit to the full spectrum of melodrama meltdowns and gut punches required.  I’m not even sure what genre to classify this show as… which may be another reason I didn’t like it that much.

Another dumb coincidence:  The introvert’s older sister was also the lead female’s boss… like that?

The boss was hysterical, though, and possibly my favorite character.  An alcoholic, workaholic with a tendency for kung fu and theatrics, she stole every scene with her amazing physical acting and killer collection of wide rim fashion glasses.  I wanted her to get together with the goofy philandering guy the first time they started bickering in French over the dinner table.  These two had great chemistry – in a fun, loud and theatrical way.  In many ways, they saved this show from being a dreary mess of ambiguous flash-forwards and moody contemplation.

I also thought the younger bleach blonde brother and his pink haired girlfriend had fantastic chemistry and were highly entertaining to watch.  Their relationship lit up the show like a firecracker.  So much exuberance!  They were both interesting characters and gave us some of the more profound relationship conundrums and growth scenes, ironically.  Here they are, the young goofy couple, but I felt they ended up with the best relationship in the show.

The bros.  In particular, I loved how they all came together when they needed to support our lead male in his time of woe.

This was one of my favorite scenes… when our male lead is brooding, yet again… just had his ass kicked, deservedly so, and Oh Hae Young finally learned what he’d done to ruin her last relationship.  Anyways, male lead is wandering the city… and seems to pick up relatives and friends and coworkers along the way, which join him in this procession in true bro solidarity.  Then they get tired of trailing after him and start following him in their car, while the best friend attempts to tell the whole tragic tale to the others.  Then they all decide they’ve had enough and kidnap Mr. Broody and take him to the beach for some much needed R&R. 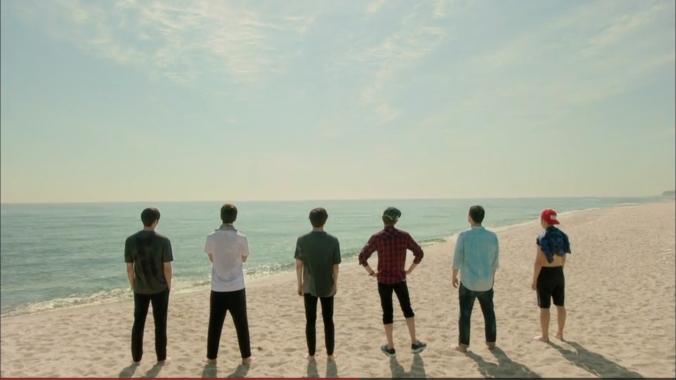 So that scene was awesome.

But so many scenes just weren’t.

The mom’s remarriage plot.  The second revenge plot.  What to do with the Pretty Oh Hae Young after she’s outlived her usefulness as a plot element?  Eric Moon’s tendency to look constipated in this show.    The unnervingly slow patches within the drama.  Oh Hae Young’s weird “romantic” behavior… why did her voice always get so high when she was trying to act cute?  Oh Hae Young’s ex-fiance never got a story line worth watching.  What did Oh Hae Young do, exactly?  I could never figure out what her job was.  And though I thought Oh Hae Young’s parents were fun, they also felt very cliche.

So… I don’t recommend it.

If you’ve seen all the good stuff, maybe.