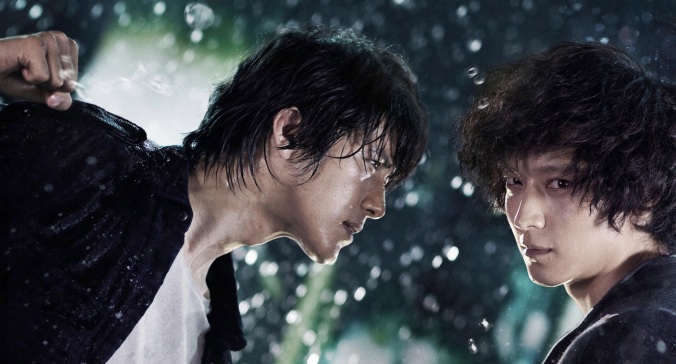 So, finished HAUNTERS – a movie about a man who can control people en masse with his mind, and the one dude who is immune and thus fated to stop him. It kinda reminded me of Unbreakable, in a strange way. And of Kilgrave from Jessica Jones… except even he didn’t throw a baby at a speeding subway train. Anyways, it was visually stunning and creepy but there really wasn’t much more to it than a showdown between two dudes. With some character development, this could have been stellar… cause if we knew anything about these guys, we might care a bit more who won in the end.

The bad guy had his leg chopped off (I assume?) at a young age (thus the menacing limp) but we never get the story behind that… which seems odd, right? How can they not tell us what happened there? Did this scene die on the cutting room floor? Who knows.  He also reminded me a lot of L from Death Note.  Coincidence?  Mystery as well.

Another Example.  Did the mind controlling dude live a peaceful life alone until being confronted?  I mean, we know he killed papa – but basically there’s a twenty plus year gap there.  He seems to be living a peaceful life as a “ghost.” So… is there another moral to the story?  Does good create evil?  He didn’t go on a murderous rampage until he was discovered – which set off his self preservation instinct.

One More Example.  Good guy seems to heal at an alarming rate.  He got hit by a bus and nearly bled out on bench, but the next day seems fine and dandy hiding out in the junk yard.  He survives almost everything.  This is his superpower, presumably.  Explains the end.  But seriously, it would have taken three minutes to explain this a bit more.

It’s like this the whole movie – me sitting there thinking, “That’s interesting… why does he do that?” or “Does this guy talk to ghosts or what?” and never once does the movie answer my queries.  NEVER.

Character development isn’t difficult.  You’d think it’s like climbing Everest, though, the way feature films go about it.  There are plenty of action movies, horror movies, sci fi movies, and fast paced thrillers that still manage to give you characters you care about with a sense of identity and grounding.  So it’s not like it’s going to get in the way of the action.  It improves the action.  Batman needs a backstory.  We need to know why Max is Mad.  Strong character development is why we all still remember Silence of the Lambs, even though you probably haven’t seen it in a decade.

On another note – this movie did give me something completely unexpected – in the form of two foreigners who spoke excellent Korean.  A Turkish Muslim and a dude from Ghana.

The Japanese remade this film – MonsterZ.  I may check it out just to see if they improved upon the holes in the original.  Though certainly you can’t improve upon Ko Soo. 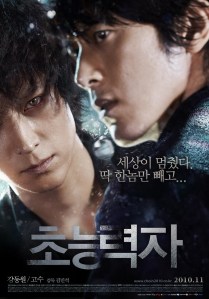