K-Drama romcoms have always been hit or miss, but there’s a troubling amount of “middling” and “mindless” romcoms coming out lately.  Lazy writing, relying too heavily on cliches, rapid jumps in behavior without foundational character development… I find myself bored before each episode ends.

I will also admit to be very cranky today… so throwing some romcoms into the shredder is just an outlet.  I’m sure I’ll finish each of these shows and may have a totally different perspective once I do… so wait for the reviews.  Until then, let’s pounce on some current summer snoozers! 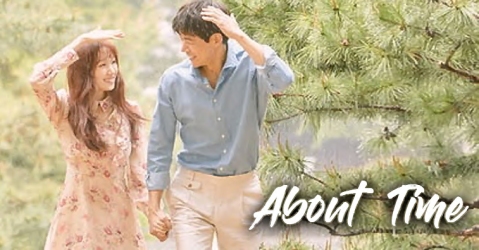 Example 1:  ABOUT TIME, a new romcom with two outstanding leads… and so problematic.  Character development?  Forget it, not happening.  Chemistry between the leads?  It’s there… but they forgot to actually build up a solid romance before slapping these two together.  Problems in the relationship?  They’re almost entirely manufactured… which is just lazy writing.  We need a conflict!  Oh yeah, let’s just use this jealous rich gal – AGAIN – to randomly throw conflict into the story.   It’s shameless for a show about knowing you’re going to die soon (seriously, has anyone felt the impact of that, cause I haven’t felt the urgency at all) and musical theater (unbelievably dull musical theater… compounded by cheap, corny background music in the actual drama… it sounds like a kid playing on a toy xylophone!  Background music is not supposed to be that noticeable, people… it should enhance the story, not attempt to direct it).  Also, how old is our lead male supposed to be – because he keeps acting like a fourteen year old boy instead of a man and it’s confusing, cause the actor is quite manly looking and what’s supposed to be endearing comes across as pathetic. 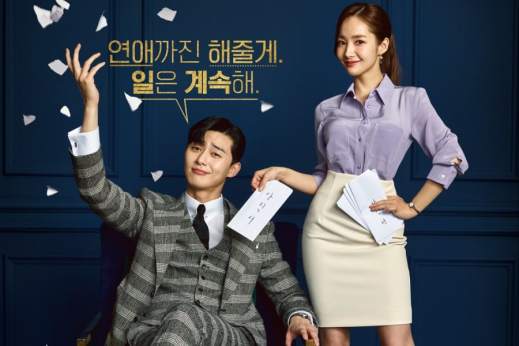 Example 2:  WHAT’S WRONG WITH SECRETARY KIM?  Another great cast with an outstandingly stupid plot.  I love a show about an extreme narcissist (Secret Garden, Greatest Love), but it’s important to balance that with commendable naivete and charm.  We have to like you.  We have to… get it.  I don’t get this show.  The perfectionist secretary who all but wipes the butt of her OCD CEO has finally decided to call it quits – but then doesn’t.  OCD CEO very quickly goes into woo-back-my-secretary mode, in an attempt to keep his slave-girl and possibly develop common emotional responses in the process.  It’s actually a cute premise, I mean yes it’s well worn territory, but everyone likes a story about a good-natured woman saving a dumbass from his own self-sabotage .  So why can’t they do it right?  It’s rushed, fails to be charming, and relies too heavily on cliches.  Disneyland?  Already?  And how many shirtless scenes are we going to have?  The oooo la la moments of a glimpse of sculptured man flesh become ordinary if you throw it out daily.  It’s not a dinner special if its always on the menu.  (update:  this show is getting more interesting as it goes, introducing a nice mystery) 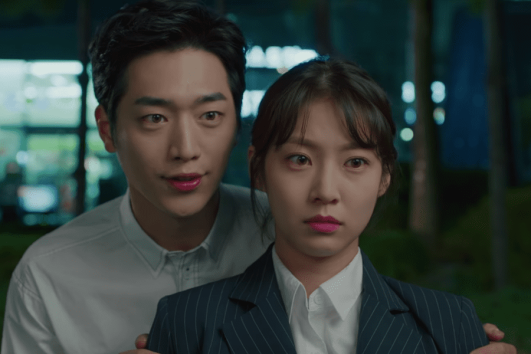 Example 3:  ARE YOU HUMAN TOO?  Someone tell this show you can act like a robot without looking like you had a frontal lobotomy.  There is nothing sexy about a full grown man staring at you like a four year old boy.  Gag.  I have always loved the idea of androids – super smart, effective, built to run space ships and bridge the communication gap between complex technological systems and humans.  I also like the robot-soldier idea.  But the robot house-mate / child-replacement theme is odd.  There are deeply rooted societal implications in the creation of robots to replace humans in a world where the human population is so vast.  It seems off putting not to have these issues addressed.  Even in the bubble-gum I AM NOT A ROBOT they at least attempted (poorly) to dive into the sociology of relationships, replacements, servants and subservient, power and powerlessness.

I love romcoms – in particular, “feel good” romcoms – and have rewatched most of my favorites mulitple times… so until another good one hits the market, here’s a list of some alternatives to help us get through the dry season.