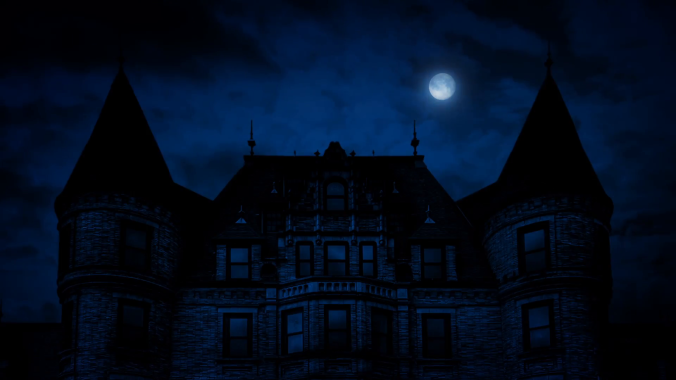 The Wolf Gift, Anne Rice’s foray into the mythology of werewolves, or Morphenkinder, is an amazing, agonizingly slow, frustratingly rambling book. It was full of details you wanted to know, didn’t know you wanted to know, and absolutely didn’t want to know. Much like… most Anne Rice books. But the poorly paced plot is so well written you don’t really mind… much like most Anne Rice books.

I loved to hate it. Let me tell you why…. 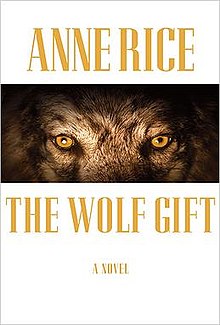 The Wolf Gift tells the story of Reuben, a very attractive young man who has everything in life… a strong, successful family, a blossoming career in journalism, a massive trust fund, a past filled with vacations in Europe… he is also thoughtful and philosophical, or rather we’re told he is but rarely see evidence of this, and he basically inspires everyone to care for him.

Reuben is immensely annoying to me, as he has no obvious faults or unique character traits, other than being gorgeous and spoiled. He’s also supposed to be 23 years old but acts more like someone who is 50… or older. I never once got the impression he was young – so continually imagined a well-dressed handsome older man. Everyone calls him a “boy”… “beautiful boy,” “little boy,” “sunshine boy,” and so on… which is creepy. Then he’s a “man wolf” so I suppose there’s a got-some-growing-up-to-do angle but I never noticed Reuben maturing in any way, though he did end up with a teenage gay son by the end of the story, randomly, so… welcome to family life, buddy! 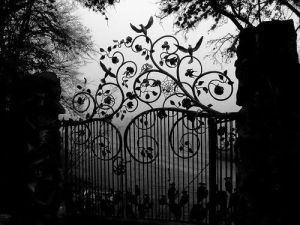 The second character is the house, the massive mansion on the cliffs of Northern California, surrounded by ancient redwoods and steeped in mystery. The house is awesome and I never got tired of Anne Rice describing it… which she does, for page after page, right down to the folded linen in a random cabinet. No one can ramble on about architecture like Anne Rice.

Reuben starts calling the mansion Nideck Point, and as he’s pretentious and gets everything he wants without conflict or consequence, of course it is called that the rest of the book. It’s a grand old haunted house, filled with artwork and treasures from around the world… and secrets, of course. And even a secret laboratory via Dr. Frankenstein with the glass roof and everything! Owned by the enigmatic Felix Nideck, who is introduced in the first chapter as a “missing person” there is never any doubt that he is not really dead…. So you spend the entire book pining for Felix… who finally shows up and is disappointingly adoring and coddling of Reuben for no reason – just like everyone else.

The violence is fabulous but I feel like Anne Rice was struggling to figure out if it was “okay” to have a man-wolf rip people apart, considering they are still half human and thus held to moral law. She had no problem with the beast eating every living thing in the forest, without any fear or natural enemy. The beast could rip apart people too… but you could tell she felt badly about this and tried to justify it. So she made the beast a vigilante, who is drawn to evil and only devours people who have done terrible wrongs! And yet she still felt bad about it, so she had the beast go to confession and talk to a priest – who did not approve whatsoever for the mangling justice and told the beast flat out he was wrong but beastie just couldn’t bring himself to care so he ignored the priest … but felt conflicted about it. Not about killing, mind you, but about going against the priest. Oh, the Catholic struggle is real!

This inner conflict works perfectly with the vampires. It does not work so well with the man wolf beast superhero thing. I would love to have a vampire crossover, actually, because the beast currently has no natural enemy – and I’d like to see Reuben face actual conflict. Conflict! The largest missing element from this book, other than Reuben’s backbone. 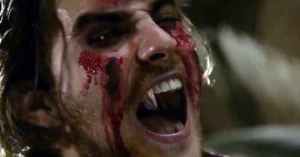 The werewolf transformations were incredible. Anne Rice has reinvented the whole process and it’s super cool. It’s orgasmic. Apparently it feels freaking amazing to have the fur grow everywhere and the body change… rippling orgasm, the “whole city is inside me” good. Anne’s werewolves can still talk, use cell phones, make out awkwardly with women and muse over the mysteries of nature while snacking on a chipmunk. And yet they are also naturally and inexplicably animal as well… okay, super animal. Super strength, super power, super sight, super hearing… basically the most kick ass animal (vampire) ever. When they change back into human form, everything just… vanishes… and quickly fades from existence, so Reuben doesn’t have to constantly vacuum the Persian rugs because of wolf hair. Just kidding, you know he has maids for that!

Laura. Laura, Laura, Laura… Here we go. So, Laura is Reuben’s girlfriend. He met her one night in the forest, cause she lives there? And basically she decided to have wild beast sex with him, cause… if the equipment fits together then let’s give it a try! And later she learns her beast lover is a real dude and she seems okay with this, even though he’s a complete stranger who is younger than her (you’d never know it – as she also acts like she’s 60, not 30).

People under the age of 30 are ANXIOUS, Anne. Anxious, reckless, unsure, exploring, and vaguely annoying to anyone over the age of 30. They do not speak in complete sentences, know the names of every tree in the forest, memorize poetry, have a cache of antiquated wisdom “Oh, it’s William Morris wallpaper!” or say “Oh dear!” Anyways, this strange beast-loving woman runs off immediately with the werewolf boy/man and moves into his mansion without a second thought. She’s madly in love with him (her check list for a life partner is very short – “Are you a werewolf? Yes? We’re good to go, then) and enjoys being a man wolf accessory. She has absolutely no personality. Celeste, his previous bossy, bitchy and basically ball busting ex-girlfriend, was interesting and had a personality. It was unlikeable, sure, but it was there. Whatever.

I felt like starting the French Revolution while reading this book. Can I point out how annoying it was that a 23 year old dufus ends up with a mansion? The Porsche driving, trust fund, problem free people of this book pissed me off to no end. In what wing will I have my new werewolves friends stay? Oh, you can take the entire South wing… ugh. And the fact that when the other werewolves DO show up they start giving him advice on servants… cause… you’ll need several to “manage” a house of this size. In other words, they don’t mind staying as long as no one has to clean up after themselves. Kill me. No, kill them! Viva Revolution!

It’s Anne Rice. So… there’s plenty of other books she’s written that are much much better. But if you’ve read them, well, you gotta read this one too. Cause… I don’t know… it might get better.

It’s somewhere between four stars and one star. Let’s say…