Call Down the Hawk by Maggie Stiefvater – the first book in the new trilogy about Ronan Lynch, the boy who could bring his dreams to life in The Raven Boys.

My thoughts: Ronan remains super cool though I did feel the author told us how cool he was more than was necessary (we know, Maggie). His relationship with Adam, now king of the gay nerds at Harvard, was realistically strained as their lives move in different directions. Declan Lynch, the uptight oldest brother who constantly cleans up after his younger siblings, finally got a story line and it was deeply satisfying. We meet a new dreamer who is half crazed from trying to keep herself awake, fighting off a repeating nightmare. And we meet some Visionaries – time travelers, of a sort, whose shifts through the time line are as destructive as the messages they carry. Throw in a secret black market, a global assassins guild hunting down paranormals, a shit ton of references to artists (art majors will be delighted by the name dropping in this), a painting that makes you dream of the sea, a forest filled with trees that speak in Latin, and one very very chatty ethereal voice who likes to give cryptic speeches while our hero dreams and you’ve got yourself a pretty cool book.

It wasn’t as good as The Raven Boys. Could anything ever be as good as that piece of perfection? I loved all four of those boys and Blue and her entire family by the end of the first book in that series. I felt deeply connected to their stories. This is not to say that Call Down the Hawk isn’t good – cause it’s good. But I am really only invested in one of the new characters and mildly curious about the rest. Thankfully it’s got the solid foundation of the Lynch boys to carry it’s narrative and it’s more than enough to provide readers with a fun, wonky, dangerous and romantic (I am so on board with Declan’s slowly melting icy heart) adventure.

Rating: Four and a half Stars.

Now… if you want to get into spoiler territory… we can further discuss….

Let’s talk about Jordan and Declan.

Jordan Hennessy. I enjoyed Jordan’s story, her personality, her questioning of who she was and what made her unique. I don’t think you have to be a dream clone to have an existential crisis of this nature – you just have to be in your late teens or early twenties. I think this goes doubly for people in the creative arts, because you start to learn more about art history and art and suddenly you feel like everything is a copy and you’ll never find your unique style. You spend a lot of time trying on shoes that don’t fit and a lot of people just walk away barefoot from the arts – never figuring out how to tread the perilous path of creative self-expression with something that feels comfortable as their own. Who are you? And what do you have to offer?

Jordan and Declan were perfect together because while Jordan was trying to find the self confidence to claim her individuality, Declan knows exactly who he is but keeps it bottled up and hidden. It’s the height of vanity, really, his belief that no one can know him. That no one deserves to know him. His carefully curated inner and outer world, the personas of both well versed and detailed.

Declan is the story teller of the family, the lover of words, the collector of fun facts and anecdotes and colorful side notes. It’s not surprising that he kept it hidden – as to express it would mean competing with his father, who was also the family story teller. It seems clear Declan suppressed himself under his father’s guidance. That he was taught how to keep to secrets. That he learned to lie to his brothers and to himself from his dad. These are not easy habits to break. These are roles you assign yourself. Protector. Secret Keeper. Liar.

It’s even better to see the dynamics of the brothers shift as they learn more about each other, as secrets are revealed, as their relationships change.

Matthew Lynch is still a blank slate but I’ll be curious to see if he doesn’t come into his own now that he knows what he is.

It’s sad but also relatable to see Ronan and Adam growing apart. This does not mean I think they will break up or that their love isn’t strong, but they are definitely growing apart as their lives move in different directions.

Adam is in college. And Harvard, no less, adapting to his new world, dropping bits of himself that were a burden (his parents, his economic reality) and adopting new personas (the savior, the leader). He’s got new friends and new daily habits and struggles that have nothing to do with Ronan. Other than some texts and occasional visits, these boys are not in each other’s lives. And that will have an effect on their relationship. It has to.

Just as Adam’s life is a mystery to Ronan, Ronan’s life is taking off on a unique course of it’s own. He’s gotten himself into a mess of supernatural mystery again. All the events that are happening now, in this series, have nothing to do with Adam or Gansey or Blue. He’s on his own – with only his family and his dreams to accompany him. It’s a shift of dynamics. Who will he turn to when things get rough? Who will he lean on? Protect? The closer he gets to others, the further he will get from his past crew. This is the nature of growing up. It’s hard.

The new people will shape you. But the old crew is your foundation. Ronan is a Raven Boy. And so is Adam. It won’t matter how much time and life experiences come between them, they will always have their shared past – and those foundational years to lean on. They’ll never not be special to each other. But right now… they’re building separate worlds.

I really wanted to care about Carmen Farooq-Lane. And her brother and father. But I don’t know shit about her. Except that she’s polished. She believes in the end of the world. And she’s not dealing with the reality of killing her own family very well. I mean… could you not give us something, Maggie? A reason to like her? Maybe… let us know she eats Twinkies when she’s nervous or compulsively straightens her hair when she’s stressed or secretly loves Frank Sinatra even though she thinks he was a chauvinist pig. What’s up with her? Anything? I mean… she was kinda nice to that kid Visionary. Kinda. I just don’t have a handle on her so I can’t care what happens to her. Considering how many chapters she got, I think I should care at least a little…

The original Hennessey. She was… well…

It made sense that the original Hennessey was underdeveloped.  She’s sleep deprived, permanently stressed, and scared out of her mind. Who has time for anything else when you’re managing a ton of your own clones and living on caffeine? I look forward to seeing how she’ll settle out now that she’s gotten control back. It’s ironic that her clone has developed more than her – but also a nice touch. 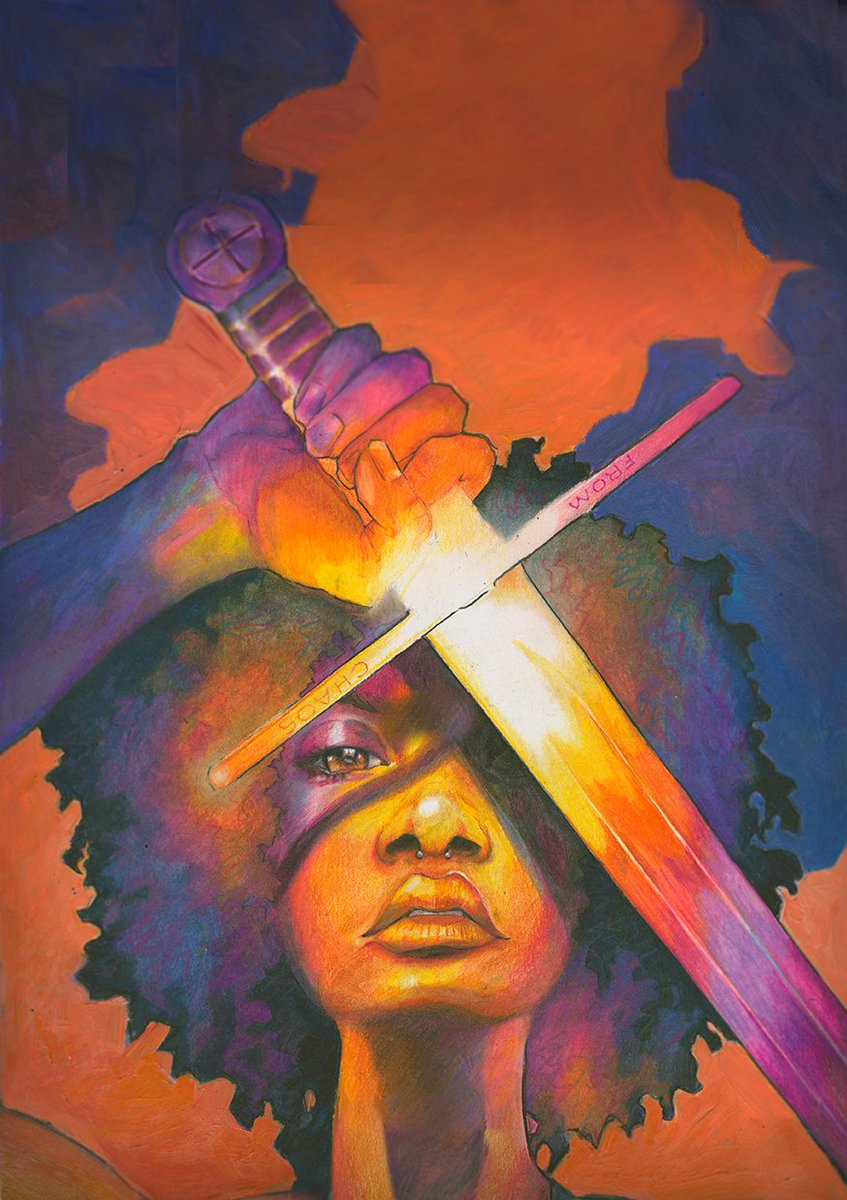 I love her sword. I love her potential. And I am kinda crossing my fingers that she and this new Byrde dude will enjoy some flirting and witty banter – as she is a firecracker and he’s a pompous chatterbox and I think they’re going to spar and have fun with each other while Ronan broods.

So, other than the characters – we had the dreams.

I enjoyed the new dream creatures and the return of old ones. I even enjoyed Byrde babbling throughout Ronan’s dreams. I liked the weird concepts, the mistakes, the small things and the large things that churned through the dreamer’s minds. I will probably never grow tired of the concept of dream thieves.

Call Down the Hawk was an unapologetic lesson in Art History and I loved it.

If anyone can read this book and not spend half their time searching the internet for the works of art referred to within it – then they are born without intrigue. I was an art major, so I already knew quite a few – but there were plenty I had to look up. The art soaked pages of this book were an unexpected thrill – and Jordan and Declan’s shared love of art is thrilling.

Now let us browse through some of the art or artists mentioned, referenced, or featured in this art-nerdy book. 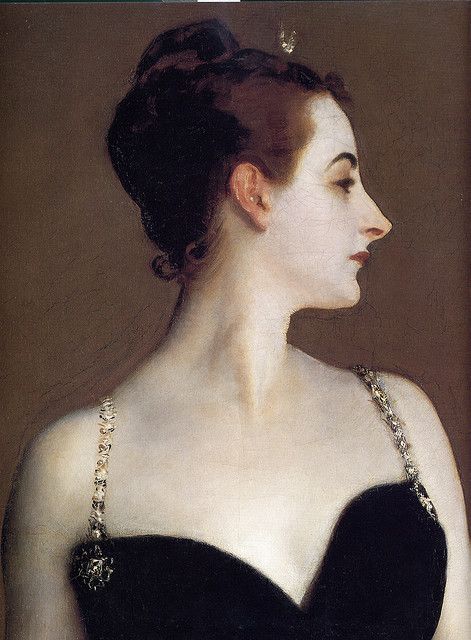 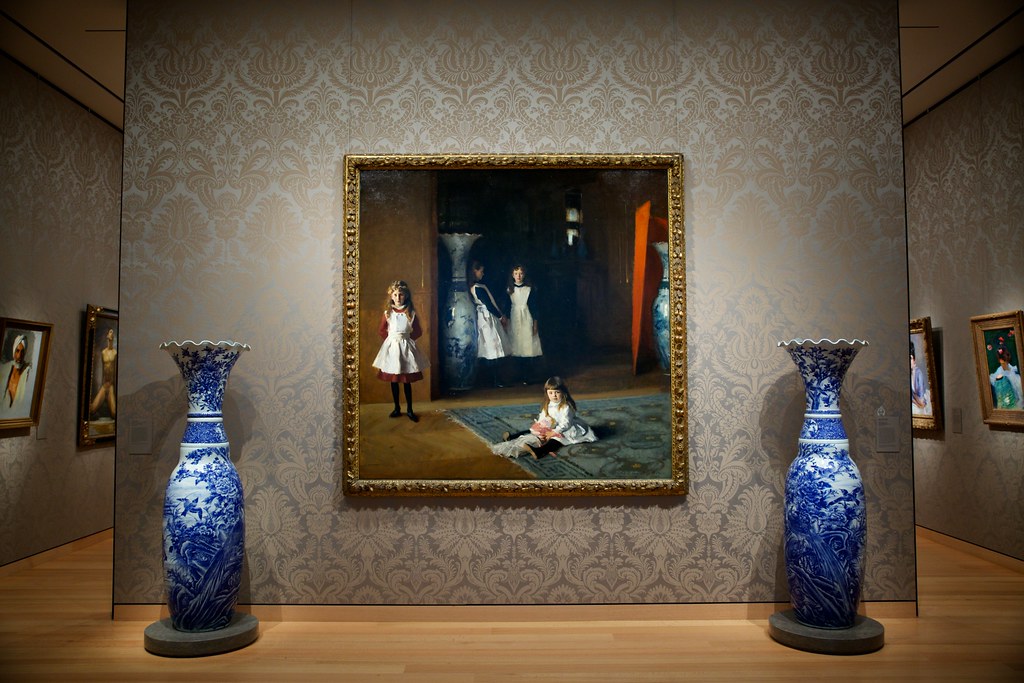 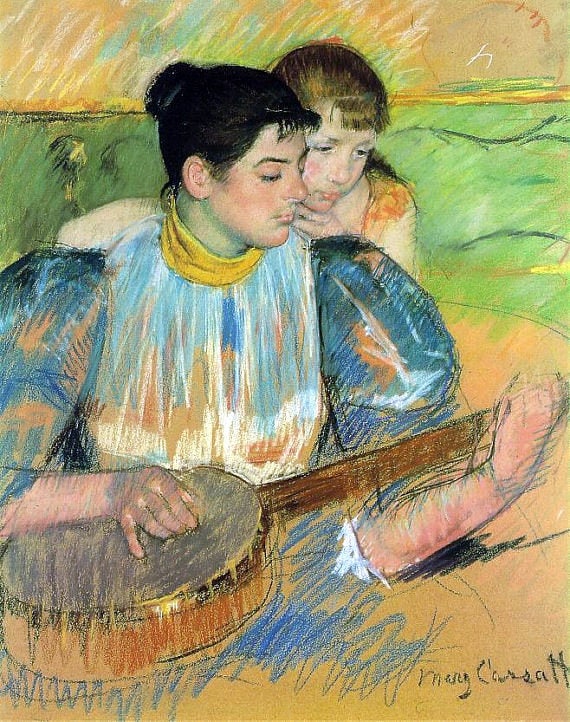 David Hockney. Portrait of an Artist (Pool with Two Figures). 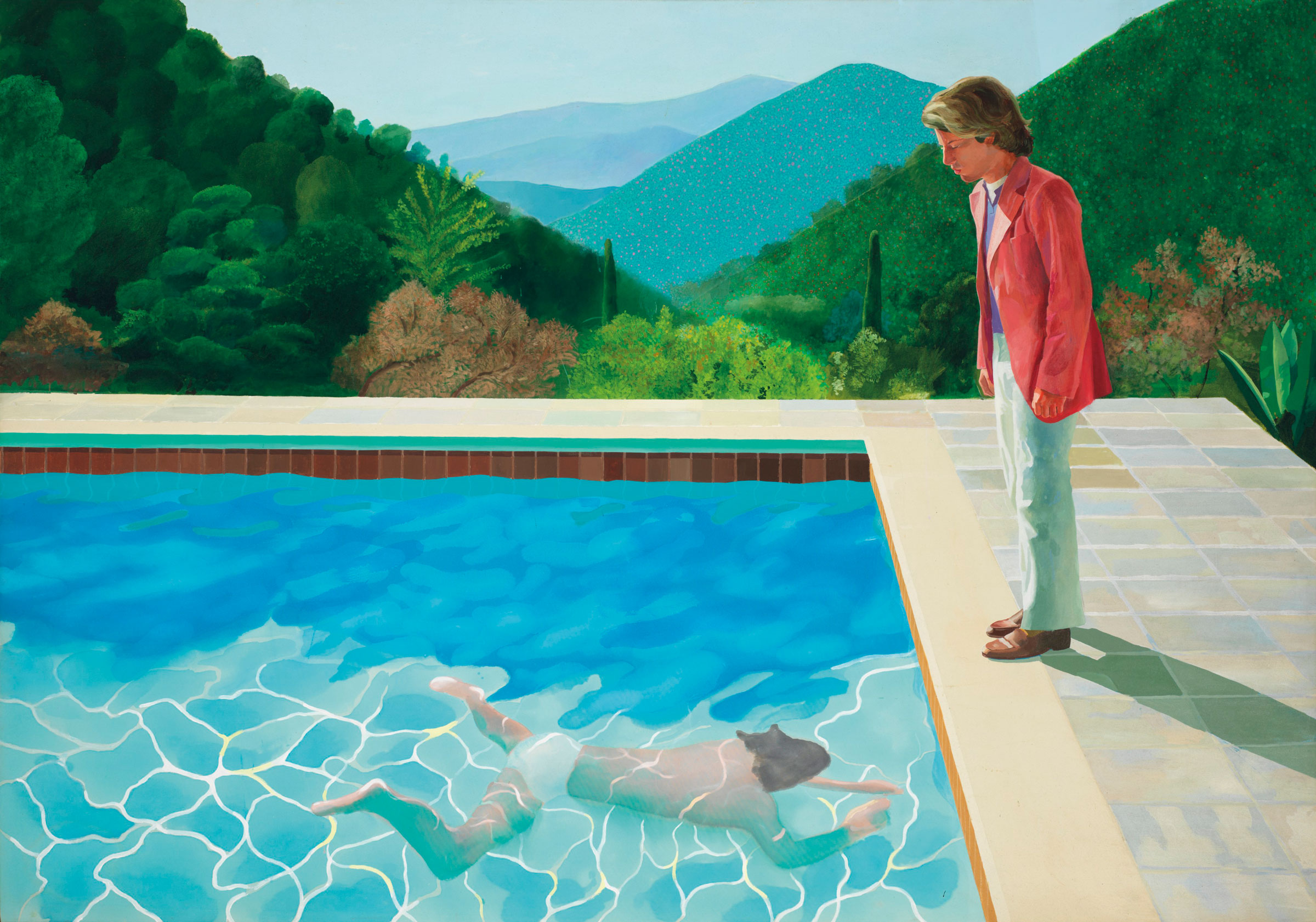 John William Waterhouse. The Soul of the Rose & Pandora. 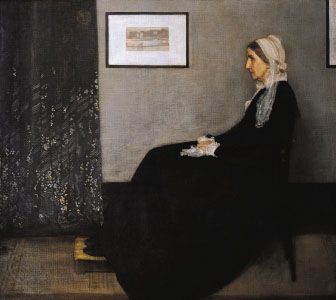 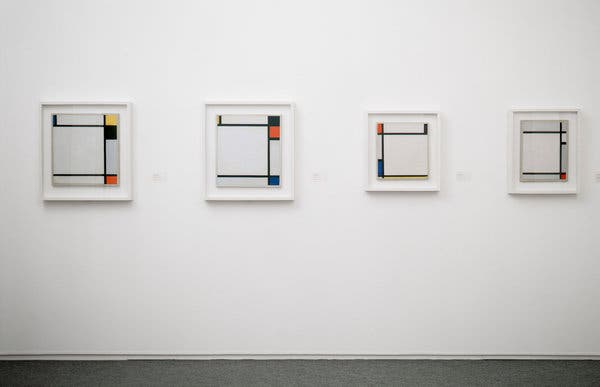 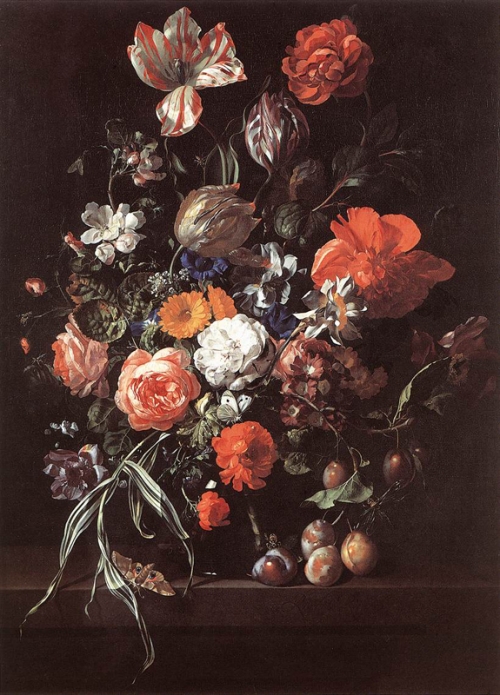 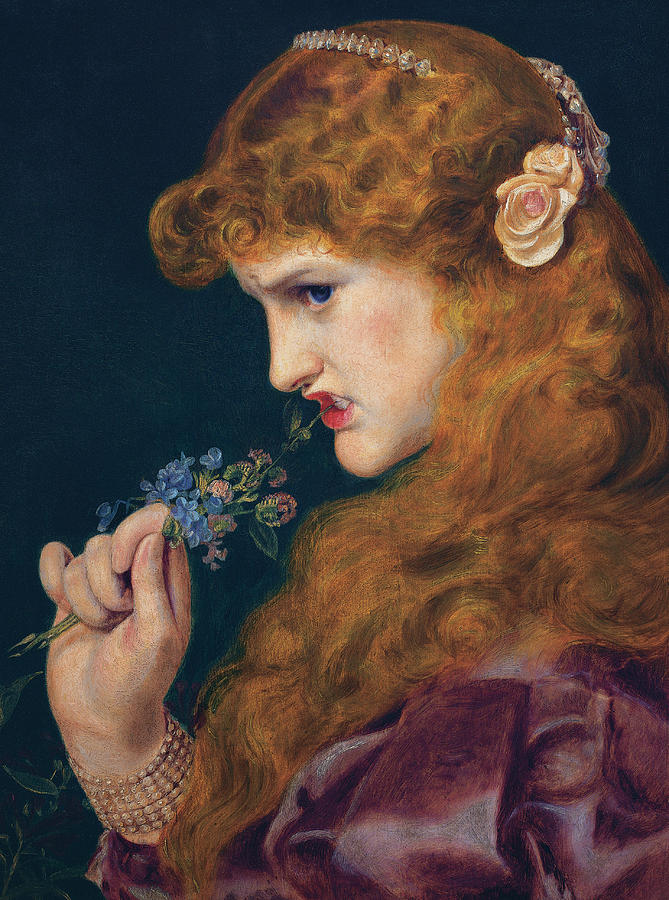 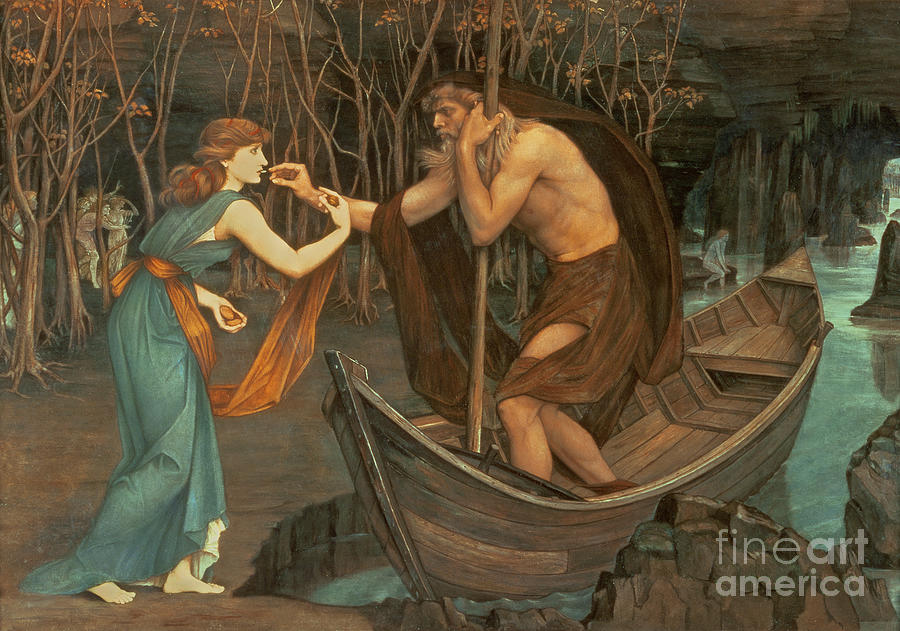 William Orpen. To the Unknown British Soldier in France. 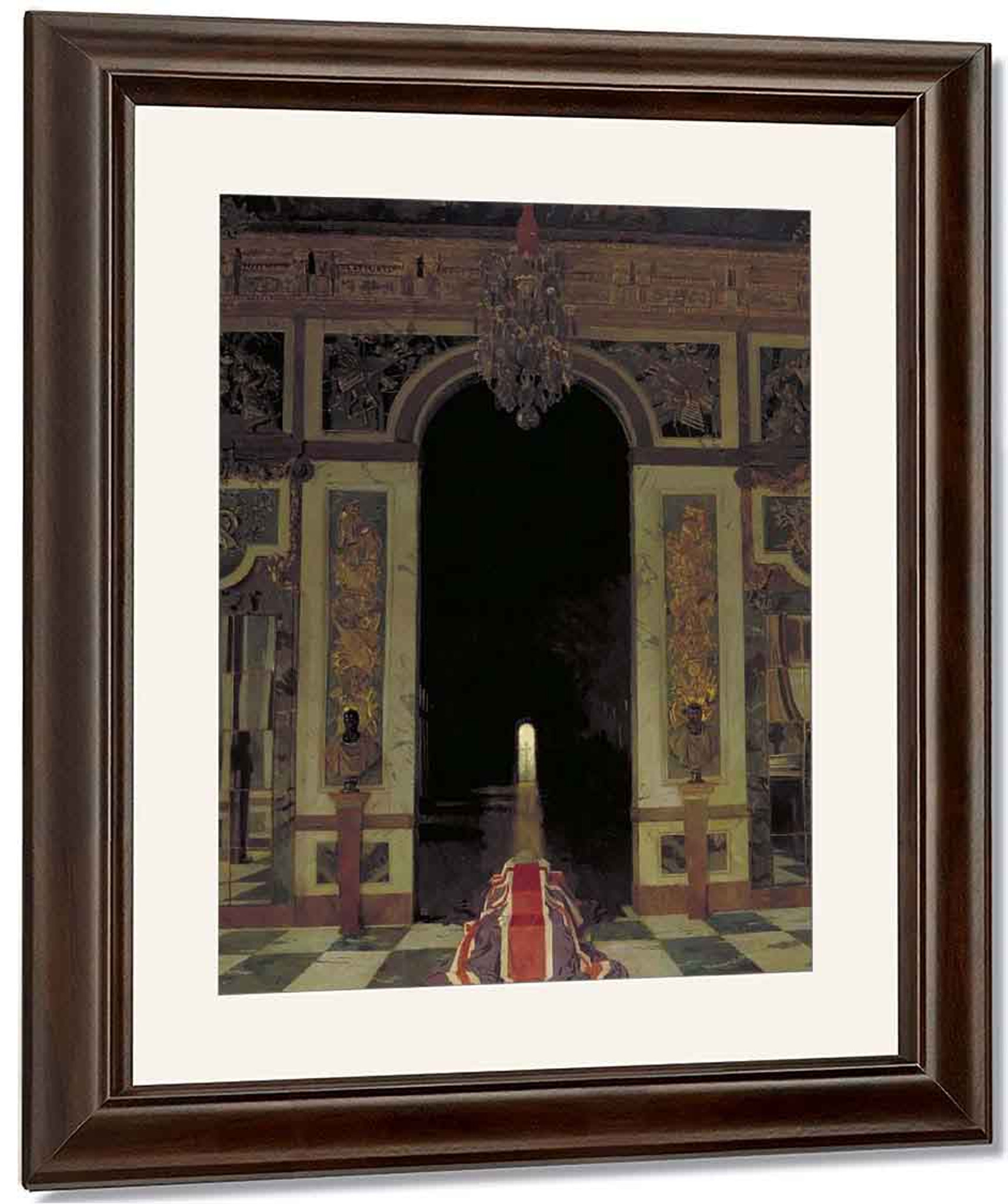 (which I will forever now associate with Declan)

Declan said, “They make me want to goddamn cry.” 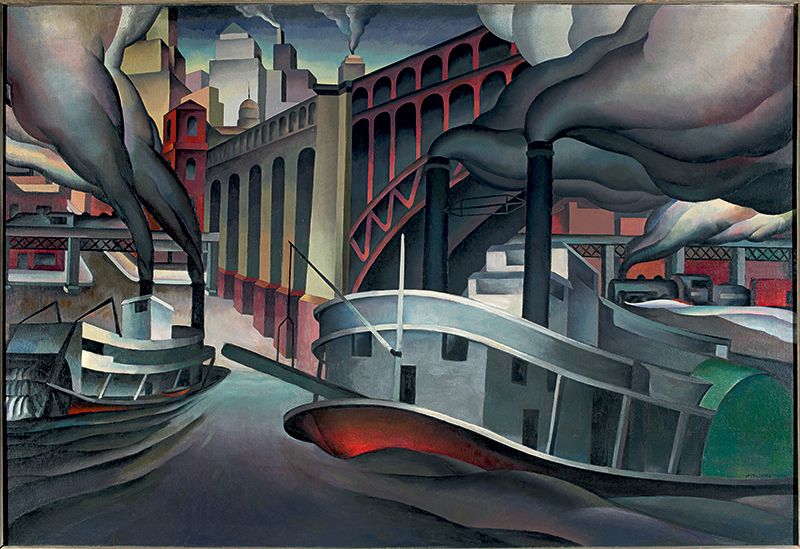 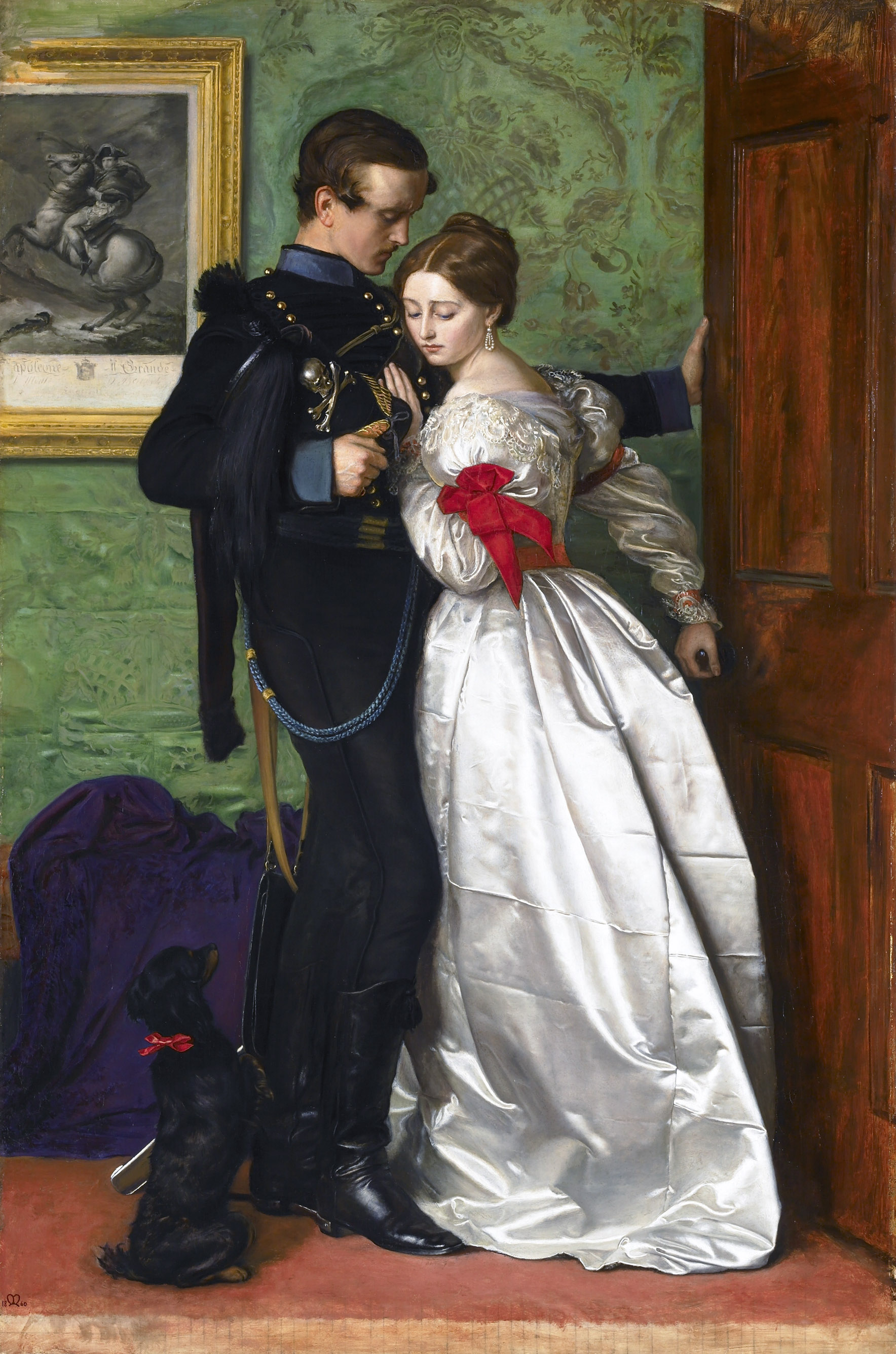 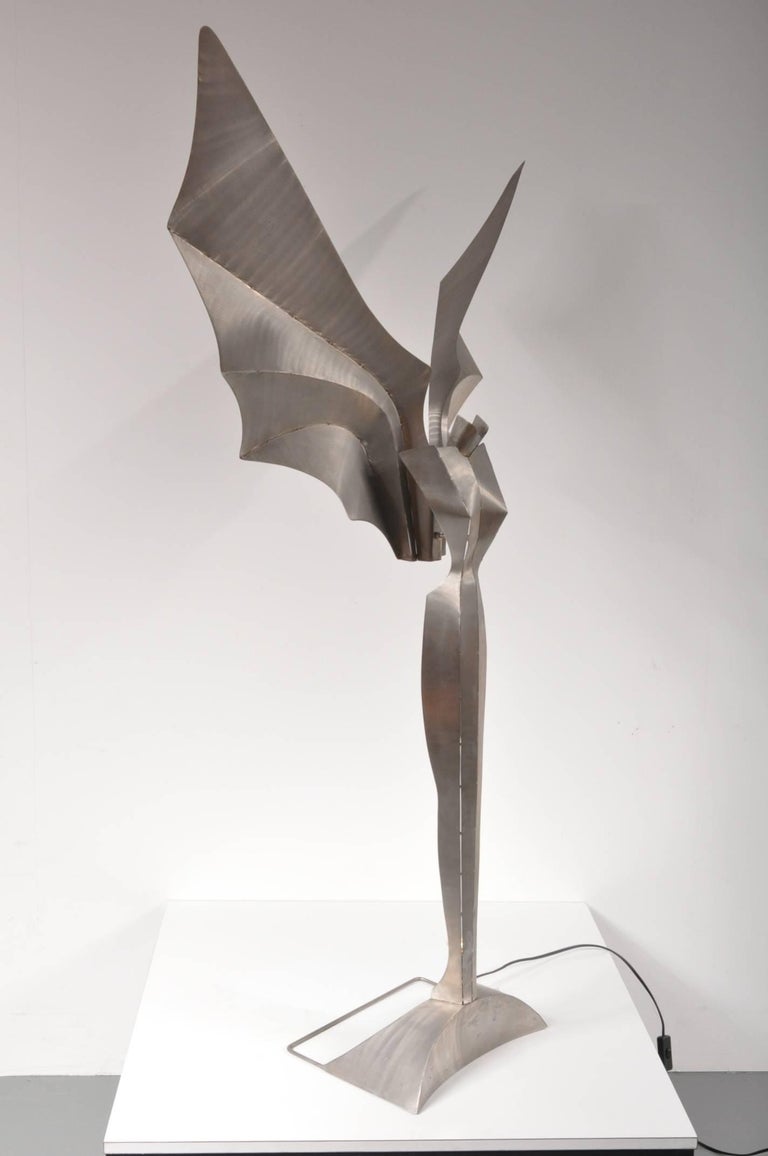 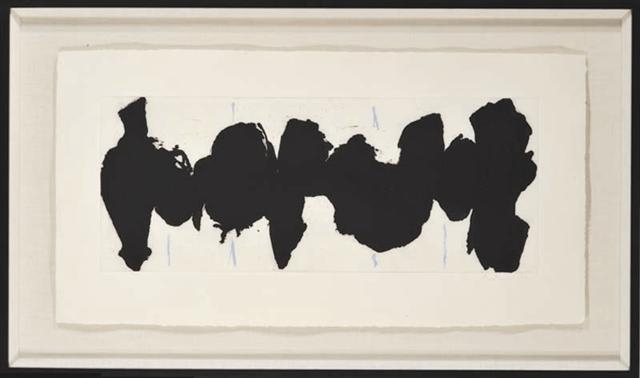 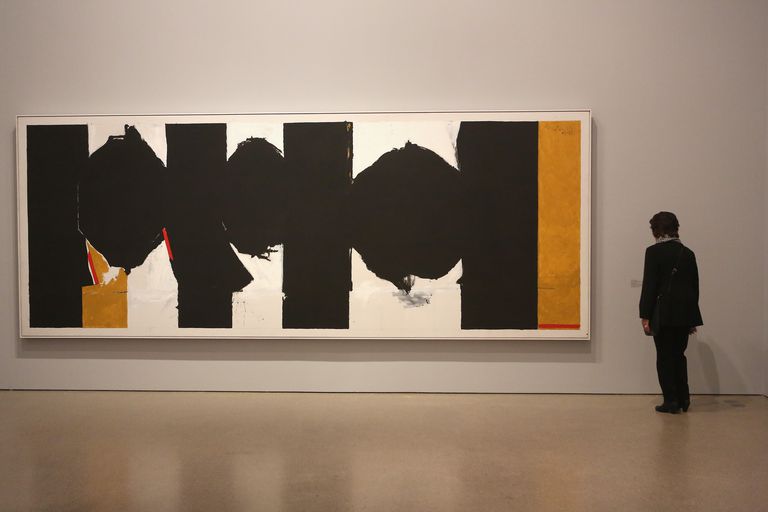 Can I just say that I loved that Declan loves modern abstract art? That his tastes run towards the messy painterly styles of Still and Soulages? That he appreciates the intention of the mark, the brush stroke, the confidence of the artist’s hand? I mean, I was already a huge fan of the stuffy dude, but his secret swoony love of dark abstract work makes me want to build a shrine to him.

Though now I must talk about economics and class divide.

We are never to forget that the Lynch boys have money. A lot of it. And the easy means to get a ton more, if need be. Whatever struggles they may have in life, paying rent will never be one of them.

There is often something unsettling about reading about people who have fine art in their homes. Original paintings. Especially original paintings by known artists. Cause it’s impossible not to realize they are incredibly expensive. To own art is the game of wealth. Beauty has a high end price tag.

I both love and hate this idea. My inner Bernie Sanders always gets his feathers ruffled when someone’s name dropping expensive shit, like a Supra (which I had to look up cause I don’t know anything about cars – but now I know I hate people with Supra’s cause they had 50 grand to blow and I might not ever bring home that much money in a year in my entire life cause I’m a librarian without a trust fund and it just burns me up).

I bought the OwlCrate for this – because I am a sucker for Maggie’s artwork and her special cover design was enough for me to fork out the cash. The blue cover was an added bonus. You flip it inside out and it’s got the hawk drawing. 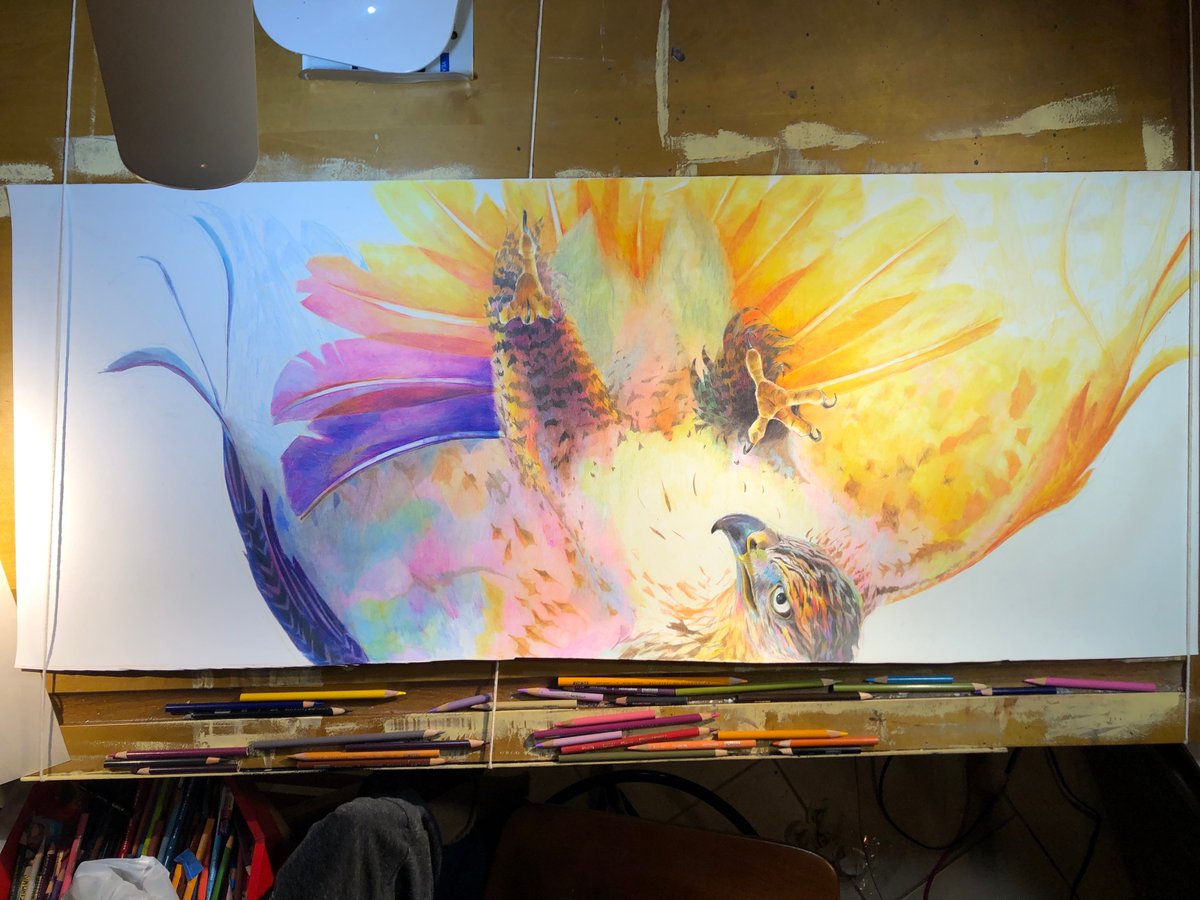 If you haven’t read the Raven Boys series, please read those first. They stand up as some of the best young adult novels ever written, and like all of her books… get better each time you reread them.

Call Down the Hawk is great and I recommend it without reservation. Looking forward to book 2 in this new series…