Here on Earth: When Women Were Birds by Beth Conklin

I recently read “When Women Were Birds” and it’s superb. The book starts out with the death of her mother – who bequeaths her collected journals – only the daughter finds the journals are all blank. Every page, shockingly empty. From there she contemplates her mother’s life – her words, spoken and unspoken. It’s not a connected story, but small gathered thoughts and memories and personal reflections on the women in her life – her mother, her grandmother, teachers, women in the church – and also on women in general – the voice of women. It’s very powerful and thought provoking and hauntingly moving… apt for Mother’s Day. It has an intimacy in its honest portrayal of women, their secret lives, their silences, their many voices.  Like a cacophony of birds, it’s unified in that it’s loud and a thousand cries into the sky but not necessarily melodious. Don’t go into this book expecting a unified plotline, it’s more of a unified theme.

Tempest was raised Mormon in Utah – her mother and grandmother both lost to cancer caused by the nuclear testing in the 50’s – something the government didn’t own up to until the 80’s. It’s a unique book in which you can tell the author took pains to express some of the most difficult emotions. I admire anyone willing to dig so deep.

Anyways, I loved it. But like bird song, I don’t treasure it. It felt universally beautiful but did not connect with me personally. 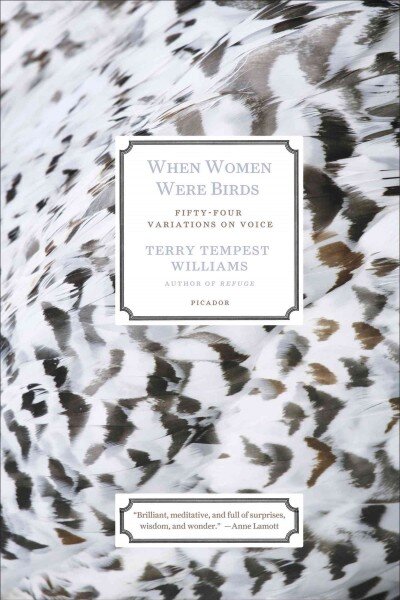