The series is the first installment of the “Revenge Trilogy” by director Park Chan-Hong and writer Kim Ji-Woo.  Lucifer (or The Devil) followed in 2007, one of my personal favorites.  The series ended with Shark in 2013, which I have not yet seen. 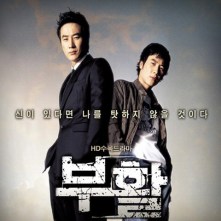 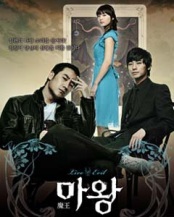 Did you ever see the movie Open Water?  For some reason, I kept thinking of that film while watching Lucifer a few months ago.  You knew something horrible was going to happen… you knew it in your bones… you were just waiting for the sun to go down and then God help us all.  Lucifer did not disappoint.  It will drown you.  Rebirth isn’t nearly as dark as Lucifer.  Instead it reminds me more of a Kubrick film, in both plot and cinematography.  More intrigue based than the dark soul-stealing  revenge and redemption epic of Lucifer.  Though Rebirth isn’t as fulfilling, it’s a definite standout in the k-drama universe.

This was a unique show that only requires you suspend belief enough to swallow the plot.  Cause the plot is a tongue-twister.  Ready?  Here goes.  Nice family of four – mom, dad and twin brothers – end up halved after a car explosion kills daddy and one of the twins.  Mom and surviving twin carry on.  She remarries a rich man and has another kid.  Surviving twin becomes wealthy CEO.  But wait!  Deceased twin isn’t really dead!  He managed to escape car inferno but busted his head open on a rock and lost his memory.  Amnesia twin is then adopted by lovable ruffian and his young daughter.  This twin grows up to be a cop.  Turn of events leads Amnesia Cop Twin to discover CEO Twin (and some memories) and the two reunite.  For about five minutes.  Then CEO Twin is killed (mistakenly assassinated instead of Amnesia Cop Twin).  Amnesia Cop Twin takes over the life of CEO Twin in an attempt to solve the murder mystery that connects the tragic events of his past to the tragic events of the present.  Throw in a sweet love story, a nosey reporter, some cops, some wealthy types and you’ve got the show.

Despite the twins-separated-by-death(psyche!)amnesia-reunited-only-to-be-separated-again-by-death-for-real-this-time plot line, this show is actually quite believable.  The characters are well crafted, each flawed in their own respective ways.  No one is overtly cliché and the obvious well-worn paths of predictability are lightly treaded.

Uhm Tae-Woong plays both twins expertly.  He nailed the energetic, grinning cop character – he also nailed the reserved, cold business twin.  They were believably two different people.  Uhm Tae-Woong has no trouble expressing emotion, with subtly or without, and this show gave him plenty of opportunity to show off his skills. He’s the leading role.  There really aren’t any other main leads.  Not his love interest or his rival, not the antagonists or the other protagonists, not his best friends or his family members manage to build up enough importance to take the spotlight away.  It’s really just Uhm Tae-Woong’s show.

The only real competition is the cinematographer, our silent second lead who walks us through this show inside his carefully crafted frames.  It’s a visual showcase of alignment, lighting and balance.  Check out these stills… just a few randoms scenes in a sea of ooooo’s and aaaaah’s. 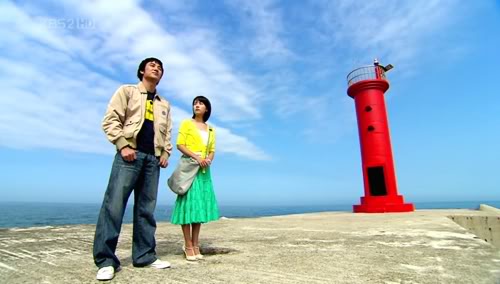 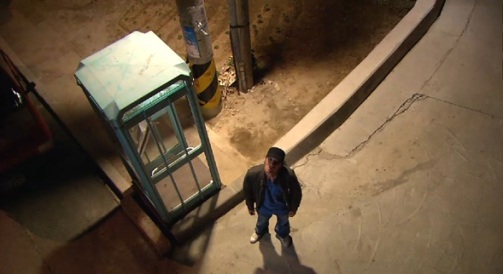 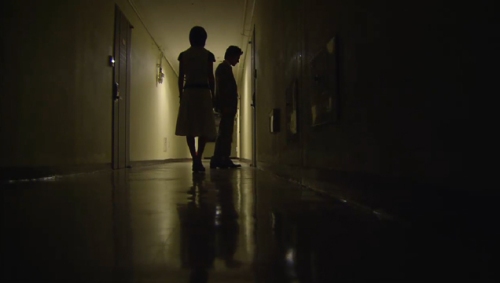 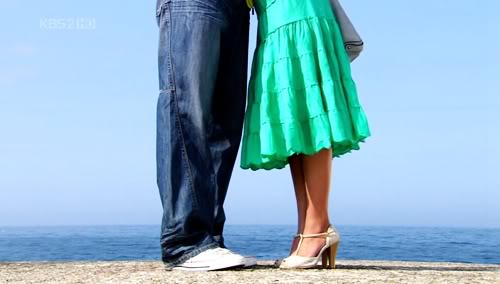 The romance in this show adheres to the first-love-true-love formula.  I enjoyed watching it unfold, but admit it’s more bitter than sweet.  The female lead seemed to be crying or upset in almost every scene.  She has perfected the art of standing very, very still.  The few shots of her smiling and being playful with her sweetie showed us how adorable the chemistry was between these two actors.  Unfortunately, we really only see it via flashback.  Instead, we enjoy the agony of our lovers being separated.  The white knuckled restraint of Amnesia Cop trying to keep up his pretense of being CEO Cop in the presence of his girlfriend is deliciously tense.  Girlfriend on the verge of hysteria and mental collapse after the discovery of her dead lover’s twin (who is really her not-at-all dead lover Amnesia Cop) is equally gripping.

None of the other stories mattered to me.  I didn’t care what happened to the cute reporter second-female lead, even though she was gutsy and charming like Louis Lane.  I didn’t give a rats ass what happened to second-male-lead as he chased after our forlorn leading female.  I got the impression the parents (the adoptive father and the soft-spoken mother) could take care of themselves regardless of the outcome.  Everyone ended up being background dancers for Uhm Tae-Woong.  If he wasn’t focused on it, it just faded away into non-distinctive noise.

I didn’t start this review to praise Uhm Tae-Woong.  Honestly, I don’t think I’ve given him much thought until now.  But there’s an every-man quality to Uhm Tae-Woong that makes him feel more earthy and real than a lot of his contemporaries.  Maybe it’s the acne scars, I dunno.  He completely embodies his characters.  The cop he plays in this drama is completely different from the cop he played in Lucifer.  In this show, he’s rather light hearted (until on his vendetta kick) and carefree.  In Lucifer he’s obviously permanently burdened by his past, that pot of psychosis always kept at simmer, requiring constant attention to keep from boiling over.  The man puts on a suit and slicks back his hair and suddenly he’s a supermodel mogul with a shark’s gleam of intelligence and ruthlessness.  In Queen Seonduk he embodied the role of the dedicated soldier who followed his inner compass of True North unwaveringly.  I’m looking forward to seeing him in more dramas in the future.

To sum things up – Rebirth is pretty darned good… but Lucifer is better.

One thought on “Review – Resurrection”