You’re Beautiful was one of the first Korean Dramas I watched, many moons ago.  Around 2010, to be exact.  It was on Netflix and I had just finished watching Queen Seon Duk…. which actually shared two of the famous K-drama tropes, “cross-dressing” and “male harem.”  In other words, in both dramas there were women disguised as men surrounded by lots and lots of beautiful men.  I was still deeply, madly in love with the character Bidam (who remains one of my all time favorite characters in any show, worldwide – read about him in this review) and not sure anyone could distract me from daydreaming… and then Hwang Tae-Kyeong showed up with two ponytails and I was lost again.

The Plot, Short Version:  Young lady disguises herself as her twin brother and joins a famous rock band full of adorable, handsome boys.

Seriously, this show is all about Hwang Tae-Keyong’s gorgeous hair and awesome hair styles… that hairdresser deserves an Emmy. 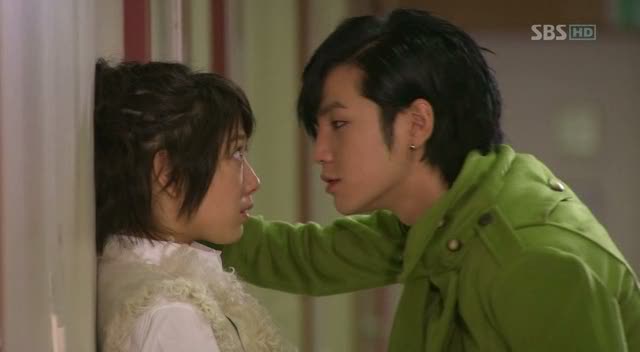 You’re Beautiful introduced me to Jang Keun-Suk, who played Hwang Tae-Kyeong.  And in my opinion, he’s the only reason this show was so successful.  He’s basically an anime character.  His facial expressions are comical, flamboyant, and memorable.  Those pursed lips!  His eyes heavily lined with kohl.  (I already mentioned the hair but let’s just take a moment and admire it some more) 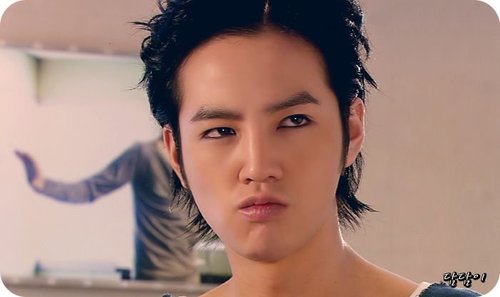 His outfits are pure K-Pop 2009 style, somewhere between glam rocker and drag queen.  He played an arrogant lead singer of a popular boy band A.N.Jell and it’s the perfect role for this guy.  He just had to deliver pompous one liners and act smug.   There’s something very androgynous about Jang Keun-Suk, especially in certain outfits and with certain hair styles.  I am a huge fan of the gender-bender, non-conformist, sexually fluid types… so naturally, I ate this girly-man up with a spoon.

Right?  Girly Man.  Totally hot, girly man.  He looks like one of my ex-girlfriends, in fact, if she had a Korean doppleganger.

The premise of this show is extremely simple.  It’s about a girl who disguises herself as her twin brother and joins an all-boy rock band.  All the dudes then promptly fall in love with her.  One boy knows she’s a girl, but she doesn’t know he knows.  One boy knows she’s a girl and uses the information to torment her.  And one boy doesn’t know she’s a girl and thinks he and all his bandmates have gone gay.  There are a lot of sex jokes in this show – but they’re that perfect PG-13 variety that hit home but don’t have to overdo it to make you laugh.  There’s lots of fantasy sequences.  Lots of half naked handsome men.  Lots of silliness.  And of course just enough drama to bring our band members together in a meaningful way.  I don’t think it’s a spoiler to say she’ll end up with the hot lead singer… they have the most complimentary hair styles, after all. 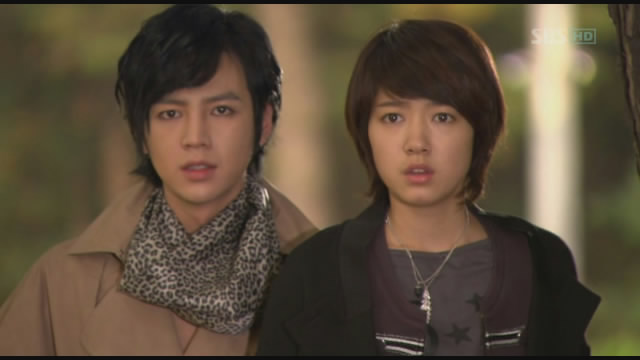 Park Shin-Hye was adorable as the bumbling, cross-dressing band member.  She basically ran around wide-eyed throughout the show… and cried a lot.  I would not realize this actress was extremely beautiful until I saw her in another show.  As usual, you have to suspend belief to go along with the premise that none of the men of this show can tell that she’s a girl.  I’m sure there are hot butchy girls in Korea, but they never use them for these cross-dressing shows… it’s always these super cute girl’s with huge eyes and pink lips. 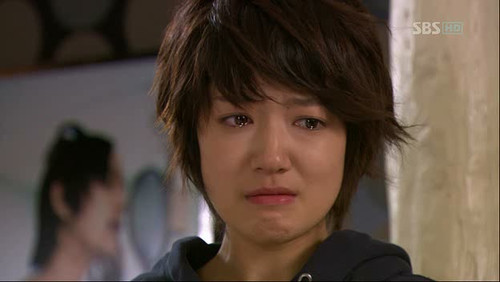 Anyways, I adored this show.  I watched it about six times in a row when I first discovered it.  I’d never seen anything like it.  This show is a great “starter” into K-Drama’s in many respects.  So many tropes.  So many famous faces.  So many wrist-grabbing, piggy back riding, frozen kissed romantic shenanigans.  There are insanely blunt love confessions, love triangles and quadrangles, evil moms, male weeping, female weeping, group weeping, homophobia, gayness, chivalry, bullying, blackmail, and glow in the dark balls stuffed into the panties of innocent faced girls.  Oh, and an ass grabbing housekeeper.  There’s so much to love.

But mainly there’s Jang Keun-Suk and his incredible hair.  BEHOLD!!! 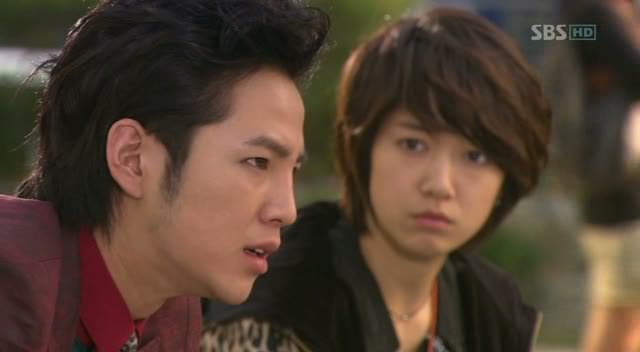 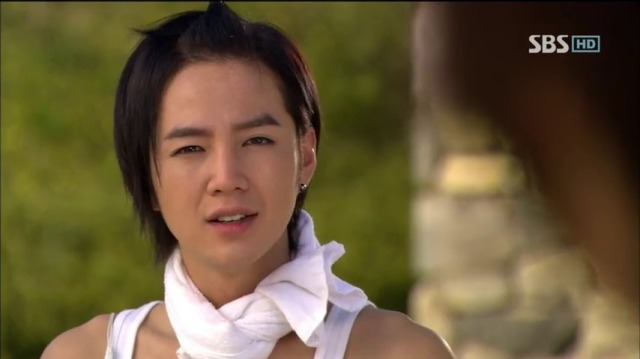