This show asks the question… are we humans or are we beasts?  Clearly we’re a little bit of both and it’s a delicate, fragile balance for a lot of people.  Especially the people in this show.  The plot is basically this:  Three hardcore criminals are let out of prison to help track down hardcore criminals.  They are lead by an ambitious young detective and a hardened old detective nicknamed “Mad Dog.”  Much violence ensues.

It’s a short drama, at only 11 episodes, and keeps up a consistent pace of action throughout.  The actual narrative of the story revolves around the death of Mad Dog’s daughter – and how these three criminals may be related to her demise.  I admit, I kinda loved the whole bloody festival of butchery and tears.

Having just watched Park Hae-Jin play a lovable, creepy sociopath in Cheese in the Trap,  I confess there was one bad guy I was really interested in seeing.  Park Hae-Jin playing a serial-killing, mensa-smart, pyschopath with memory problems?  Did someone read my mind?  Why are crazy people so freakin’ fascinating?  Who knows… maybe because they are so other.  Or maybe it’s because they aren’t.  Maybe  we all have a dark side but have the good sense and moral compass to keep it in check – and watching someone just let it all go is like giving chocolate to that little monster inside us… a bit of a reward for playing nice.  And Park Hae-Jin just owns these roles.  He’s like… Christopher Walken or Tim Roth… those actors that just seem extremely well suited to playing unstable mad men.  They have that uncanny mix of intelligence in the eyes and yet… and yet… you believe they’d happily kill someone.  It’s just a special something not everyone can pull off.  Like Ji Chang-Wook being able to pull off that odd total innocence vibe and yet kick ass.  How does he do that?  It’s a mystery… but we’re so grateful for it.

Check out this eerie sequence of events from episode one.  I don’t think I have to worry over spoilers as it’s the first ep… but geesh… so intense and yet so casual… look at his body language!  His posture!  Murdering someone is just a walk in the park to this dude… I was sold immediately on his character after this scene.  I wanted to know more… I wanted to know why!  I wanted to know this guy’s entire story, so I was glued to the television and ate up this show like it was candy laced with crack cocaine. 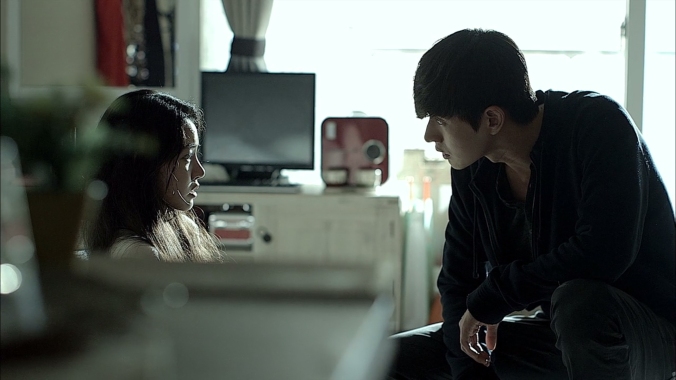 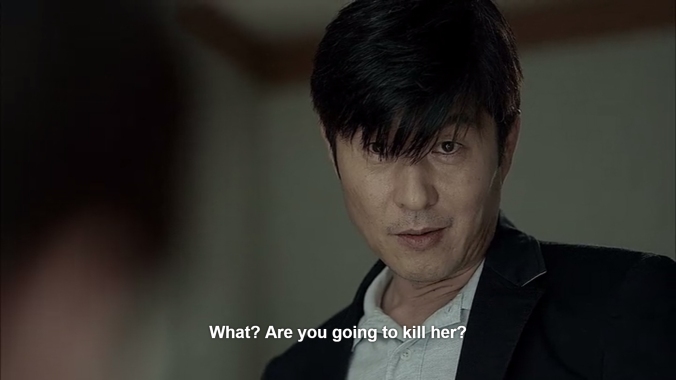 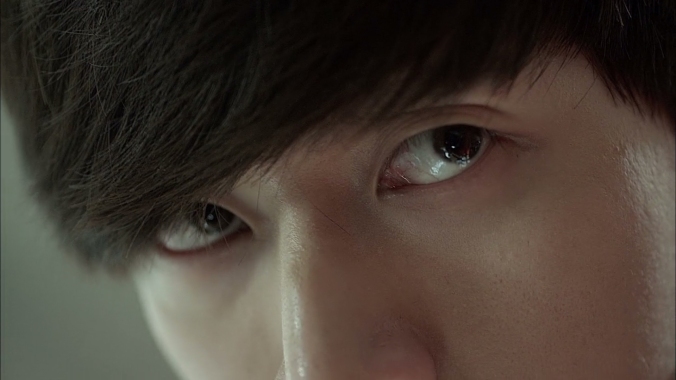 It did not disappoint.

So… here’s the thing.

There are some stereotypes that annoy me, but at the same time… they’re around cause they’re mostly true.  Almost without fail they relate to gender.  Why does that one chromosome seem to create such an impossible divide between our natures?  Who knows… but it’s both annoying and great for television.

Mostly True Stereotype Example 1:  Beating the shit out of each other is a male sport.  Physical violence, on the level portrayed in this show, is generally a dude’s gig.  Let’s face it.  Girl’s can be violent, too, no doubt, but the statistics aren’t there – worldwide, since the dawn of time, apparently, it’s been men who prevail in this category.  The three convicts were all dudes.  And the crazy violent cop was a dude.  And they all didn’t have a problem beating people up.  Only the lady cop seemed to step away from the brutality of physical violence.  I both loved this… as I love fight sequences, love the action, love the gore, love the physicality of it and the adrenaline… and am also kind of put off by it.  They might have thrown us a bone.  Maybe one or two gangster girls in the mix, every blue moon….

Mostly True Stereotype Example 2:  Women are prey.  There are plenty of people murdered in this show.  Arguably more dudes killed other dudes in this show,  hands down, than the serial killers they were hunting.  But the killers, the hunters, are almost always hunting girls.  And so I got to watch girl’s being butchered for hour after hour and it was mentally exhausting.  Sometimes I get so tired of seeing pretty young ladies getting their faces bashed in with tire irons, you know?

The other thing that annoyed me… why was Detective Oh always spitting?  Jesus.  Major saliva problem with that guy.

Also… there were some seriously bangs happening.  Half our cast suffered from cyclops syndrome.  The show, however, did not suffer for it.

The show was awesome.  Short, sweet, fun, bloody, violent, and interesting.  Just the right amount of suspense and suspicion.  The criminals were caught between their criminal pasts and a chance at redemption.  The cops were caught between moral dilemmas.  Old habits died hard.  Tough choices were made.  Abandoned churches were used as secret safehouses cause… I don’t know, but it looked cool, so whatever.  There were lots of unbelievable situations and insurmountable odds that were miraculously surmounted.  And who cares!  It’s a cheesy action drama and I loved it!

Best line in the show…