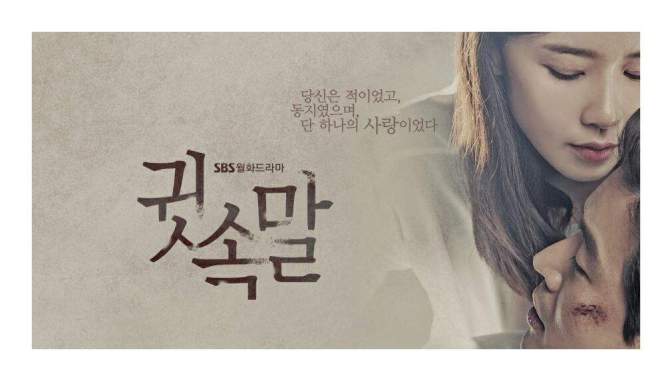 Oh, my my.  Hello dark examination of the soul, eh?  They say everyone has a limit.  Everyone.  A breaking point that will make them turn away from everything they thought they were – their principles, their convictions, their conscience.   Do most of us ever find that line?  Probably not, thankfully.  We don’t live in Korean dramas.

This drama is all about people being pushed to their limits.  About good people finding themselves turning into bad people.  Just helplessly watching the layers and layers of their goodness fall down around them as they scramble to keep from drowning in a sinking pit that started with bad luck or a bad choice and just spiraled out of control.  I LOVED IT (for about eight or nine hours, then it lost serious steam).  I love shows that explore the complexities of human nature.  I also love a show that gives the lead female room to kick ass!  Holy Moses, did she ever, too.  Three cheers for having a strong female lead for once…. can we please share this memo with the rest of the action/thriller drama writers? 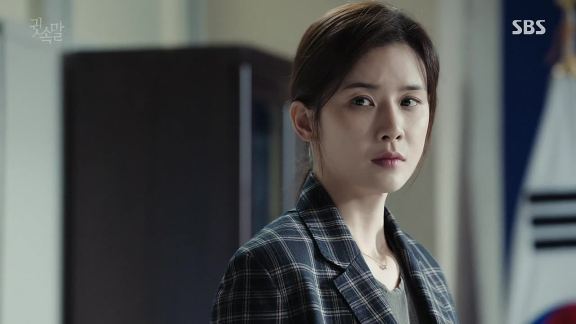 Unfortunately, I felt this drama sort of lost a lot of steam after 10 episodes or so… with its endless evidence gathering and court proceedings… but it by no means stopped.  It’s more like it started at 120 mph and relaxed comfortably into a breezy 65 mph the rest of the way.  Still good enough for interstate driving.  But honestly, if it kept up the blazing pace and wrapped up the show in 12 episodes, it would have been perfect.  10/10.   A magnificent joy ride of suspense and danger! As it was… eh.  Great then good then okay.

MORE, more, more… including, of course, some spoilers…

Being bad can be so freakin’ easy.  And you can do it for the right reasons, or so it seems.  A lie to help keep your son out of jail.  A secret to withhold.  A paper swapped.  A favor called in.  It was nothing really.  But that little lie, that secret, that small action… they always seem to hurt someone else.  Why does saving your own ass so often involving shoving someone else under the bus?

The lead male in this show is a good guy who makes a really, really bad decision – and throws a man under a bus, metaphorically, to help himself.  And it just snowballs all around him, pulling him further into the dark.  Until he is a heap of regret and frustration and agony.  Until he gets yanked around by our female lead, the daughter of the man with tire marks on his face.  She is not going to sit down and let justice go the way of the dogs, oh no, not this fierce creature.  She’s willing to do just about anything to undo this injustice done to her family – and drag everyone who even laid a finger on it down in the process.  They’re both kickass, the leads.  Top notch acting, very interesting characters, very very interesting duo considering how precarious and ill-fated their relationship is.  They’ll both end up being bad if they have to.  If that’s what it takes to make things good again. 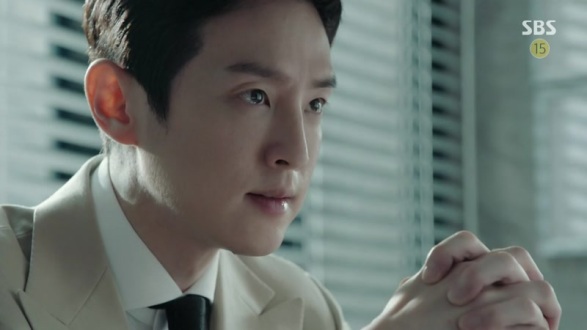 Kwon Yool was spell binding as our little evil maniac!

And of course, on the opposite spectrum, we have those that are born to be bad.  They’re raised by evil, powerful people and honestly… didn’t stand much of a chance to grow up angels.  Bad seeds, as it were.  Our two antagonists, the Romeo & Juliet of this show whose families are violently opposed to their union, are breathtaking as villains in love.  And they are in love.  Genuinely.  It actually gives them a humanistic and sympathetic side that you can’t help but relate to.  Even while they’re scheming and murdering and manipulating their way through their worlds.  Even though, to be real, all they had to do to be together was, uhm… attempt to get jobs outside their families.  I mean, come on!  But NO ONE will ever consider this in dramas (well, there have been a few exceptions over the years in dramas, which have always impressed me).  These two, however, will not leave their gilded cages for love.  That is the line their loves can not cross. 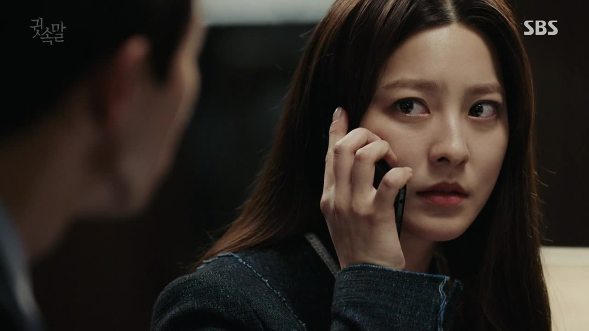 They started off with this delicious illicit romance… forbidden love!  Then were turned into pawns, turned against each other due to their own insecurities and personality flaws.  And then… oh my God… they transgressed into deliciously devious enemies.  Oh, a love turned sour is the most bitter of pills.  They were relentless!  I wasn’t entirely sure where it would go in the end… would they mend their broken hearts?  Did they even have hearts left to mend?  Would they kill each other?  I couldn’t wait to find out.  And the ending did not disappoint.  The best part about the horribly drawn out last few episodes of this show were watching these feisty, criminal delinquents feast on each other’s bones.

So, check it out.  At least the first eight or ten episodes.  And hang onto your seats – cause it’s a thrill ride there for a while.  Then coast along until the inevitable end.  It’s hard to complain about coasting when Lee Sang-Yoon is around, after all… ahhhh… might be time to rewatch Angel Eyes!

One thought on “Review – Whisper”