Burning, a Korean film starring Yoo Ah-In, Jeon Jong-Seo, and Steven Yeun, is a bleak, atmospheric examination of the modern man. And by man I mean mankind, both men and women. It’s based on the short story Barn Burning from The Elephant Vanishes by author Haruki Murakami. 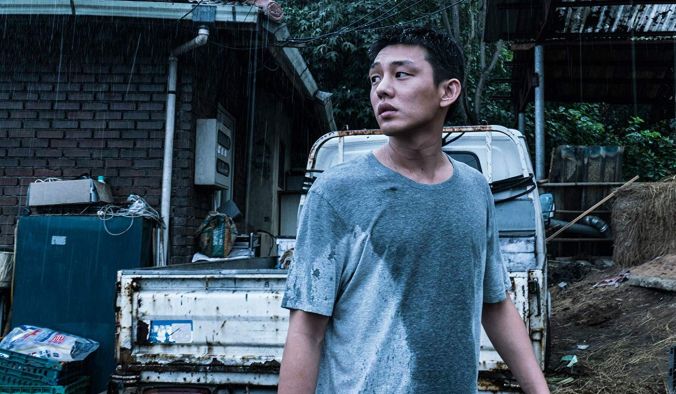 Yoo Ah-In, one of my all time favorite Korean actors, plays a young man who is struggling. In every way imaginable. He struggles to find work. He struggles to come to terms with his upbringing. He struggles to relate to people. He struggles to piece together sentences. You can almost hear the wheels creaking as he struggles to form his own thoughts. It’s ironic that he considers himself a writer, even though there is little evidence of this aspiration around him. Yet perhaps it is most telling that he yearns to find a way to express himself, as this seems to be the insurmountable task of life.

He meets Jeon Jong-Seo’s character, who grew up in the same poor neighborhood as him and is now also struggling in the big city. Though our writer has no memory of this girl, she seems to remember him vividly and drags him into her life. She is also struggling – with money, with work, with career aspirations – but she seems more engaged in trying to articulate the emotions inside her. They feel vast and universal through her portrayal: the search for meaning in the world. She’s found cultural examples of this longing to express an unseen need and actively seeks them out. Pantomime. African rituals and dance. She goes so far as to leave the country to attempt to find the expression she needs, but it seems to elude her. She comes back empty handed, with only a fleeting memory of the setting sun over a vast expanse of nothing and a new man in her life – that seems as disconnected to her as the dreams she’s trying to articulate. 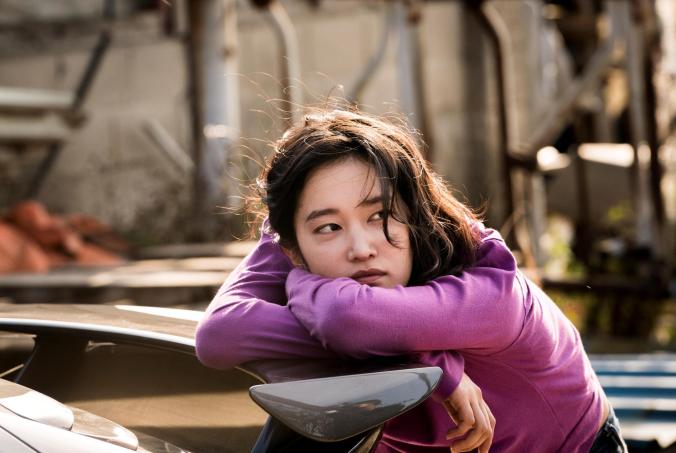 The new man is played by Steven Yeun. He’s American. He’s wealthy. He’s well spoken and confident. He doesn’t seem to struggle with anything at all, so it’s a surprise to our writer that he is interested in keeping company with our poor dreamer girl. There’s a baffling casualness to him, an indifference. Above his easy smile are cold eyes.

Without spoiling the story – let me just say this is a very slow paced film about isolation. The director takes great pains to convey the sense of loneliness and isolation of our main character. He has no friends. He has no family. He has no coworkers. His phone rings but there is no one on the other end of the line. He’s caught it in his own trap – seemingly unable to change his circumstances. He can’t seem to talk when others are around… and when he does, he says the wrong thing. 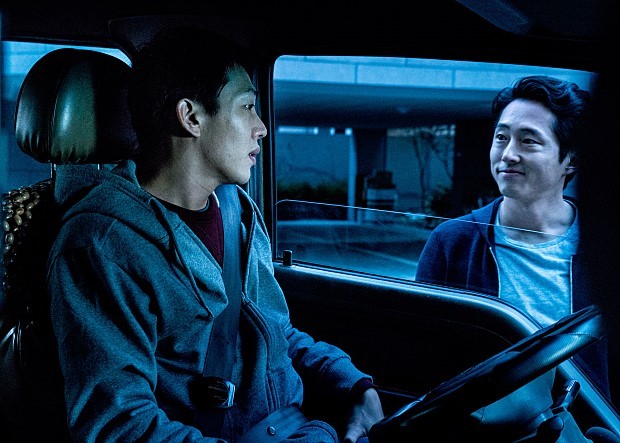 All three of the characters are isolated – though how they express this is different. Our writer is withdrawn. Our poor girl is animated and talkative, but fails to really communicate with others. Our rich American is surrounded by friends and family and moves easily through life unobstructed, yet his sterile apartment and his secrets show that he is also alone.

There’s a lot you could talk about with this movie, but when I woke up this morning I just thought about how real it all was. Though the class distinctions between the characters is jarring and apparent, they all seemed disconnected. The wealthy people met for cocktails and went dancing and had dinner parties – but they too seemed unable to really connect with each other. Their interactions were shallow, surface level. None of our main characters have anyone meaningful in their lives – and so they’re all reaching out towards these ideas – to be a writer, to find the right modality of expression, to secretly light fires – hoping to find something that matters, that they can connect to. They do not, however, reach out for each other.

In my opinion, the two men in this story were the ones, ultimately, who were able to connect to each other. They tell each other secrets. They see past the surface and examine one another’s lives. They are, fatefully, able to see each other. 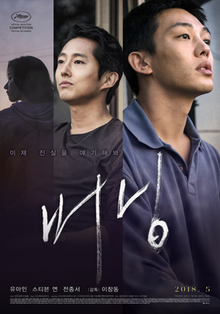 It’s so different from the typical film that it can be a challenge. The slow pace. The long sequences without dialogue. The frustrating awkwardness of our characters. I think as moviegoers, we are accustomed to escaping life – to seeing people being witty and beautiful and interacting seamlessly and it is disorienting to watch people on screen be so vague and uncomfortable together. From the opening scene, focusing on the back of a truck while puffs of smoke appear from the side… evidence of our main character tantalizing and withdrawn. It takes it a few beats past the normal reveal, making you wait… and then it forces you to follow after him, crowded and lagging behind. The whole movie is like this. Director Lee Chang-dong is a master. Purposeful. Intentional. And profound.