Review – Because This Is My First Life

Loved it.  Even loved the voice overs… which is rare for me.  And there were a lot of voice overs.  But they were perfect.  I loved the characters and their personalities and how they all hooked up.  It was a simple yet slightly different love story, just enough to make it feel fresh but not enough to inspire some philosophical debate or severe attachment.  This was a show you can watch, be engrossed in, and then happily let go… like birthday balloons after the party is over.  I really loved it, but somehow I don’t think I’ll be obsessively re-watching this one.

Discussions of my Ace Relationship with This Show… and spoilers follow

Fangirl moment.  I was already in love with the lead male, Lee Min-Ki.  Even without eyeliner, he is still gorgeous and interesting looking.  He was my favorite character in the show Shut Up Let’s Go, even though he wasn’t in the show long… he lingered in my mind for years.  I can’t help myself.  I love a man who wears more eyeliner than I do.

And he has an amazing smile. 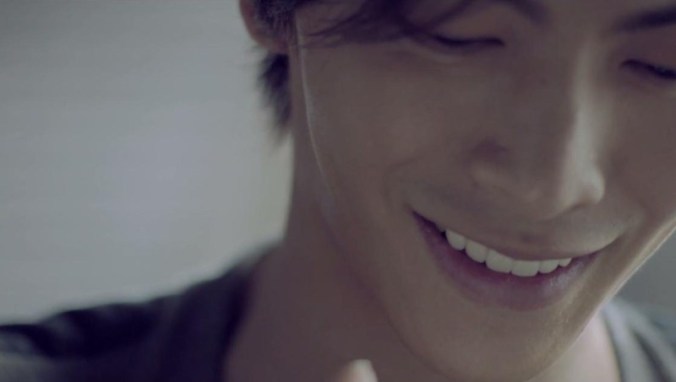 Alright, alright, composure!  Back to the show at hand… in which our handsome devil does very little smiling… which rocked, cause when he finally did crack a smile it was like the sun bursting through clouds.

There was a lot of good writing in this drama.  Sometimes the points made (either via voice over or actual dialogue) about how relationships unfold were very insightful, a little sad, a little beautiful, and had me sighing… other times it was just stating the obvious, but with a poetic tone of voice.  A few times, I was really impressed (enough to make screen shots!) 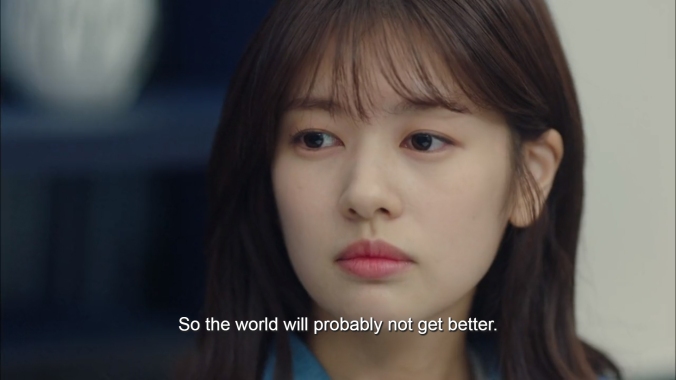 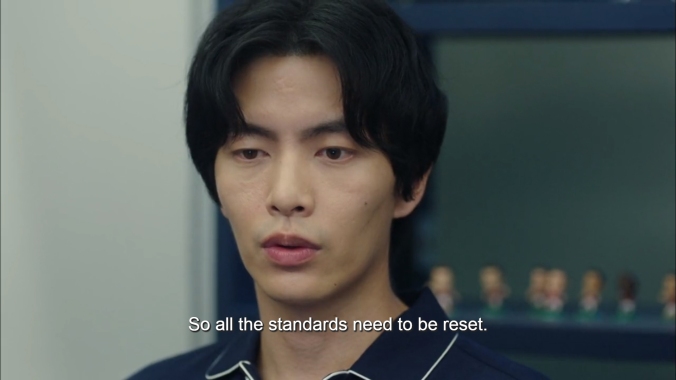 Our leading male is asexual.  Or demisexual, technically… which is a person who doesn’t experience sexual attraction unless they form a strong emotional connection with someone.  I was so excited to finally have an asexual/demisexual character in a show!  And he was the lead romance, no less.

BUT… they took the lazy route, and made our demisexual a super science guy… as if only scientifically minded awkward people are asexy.  Not that I minded terribly, it just kinda bugged me a little.

Cause honestly… our leading female was also a bit of a demisexual… not really strongly drawn by physical desires enough to actively pursue a relationship, content to just mildly flirt for years with the drama director.  She turned 30 before she even kissed someone.  It just wasn’t high on her list.  Her pants didn’t light on fire until she’d experienced an emotional bond with her new “husband.”  Yet she didn’t get the “you must be asexual or gay” treatment from her peers like the leading male.   So apparently her mild crushing was enough to placate society.

The two leads did so much with their body language – to show their discomfort, awkwardness, growing attraction, and the personality quirks of the characters.  And let’s go ahead and collectively agree that glue of their relationship was the cat.  Kitty/Woori was the cutest little fur ball ever.  I love cats, but I have never had a furry friend that was so agreeable to being carted around like a ragdoll.  What a fluffy scene stealer!  Those blue eyes! 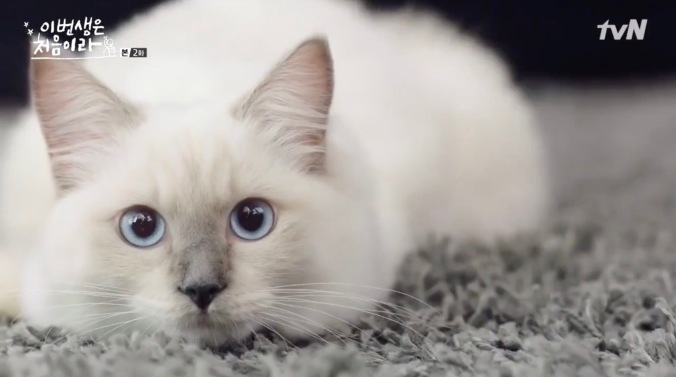 I could tell this drama thought of itself highly… “I’m breaking the mold,” it said to itself, “Look at my nontraditional characters.”  But they weren’t at all nontraditional, nor were the relationships portrayed.  They were extremely ordinary.  In K-World they may be a bit nontraditional, as K-World loves its more obvious tropes, but otherwise….?  A shy, awkward pair that find themselves growing comfortable and dependent on each other while living together platonically… that slowly fall in love and pursue a relationship… well… so?  I’m not really sure the standards have been reset here, but I was proud of them for sticking firm to what made them happy – as individuals and as a couple.

Our second romance is between couple who have been dating for years and the girl is ready to move the relationship forward but has put all the navigational power in the hands of her boyfriend… so she throws him tons of hints and gets annoyed he doesn’t read her mind… and when she finally comes clean, boyfriend isn’t sold on the idea and starts to back peddle and meander cause now he’s having to reframe the relationship into something new with more commitment and it was much easier coasting along in the moment… so things get messy. 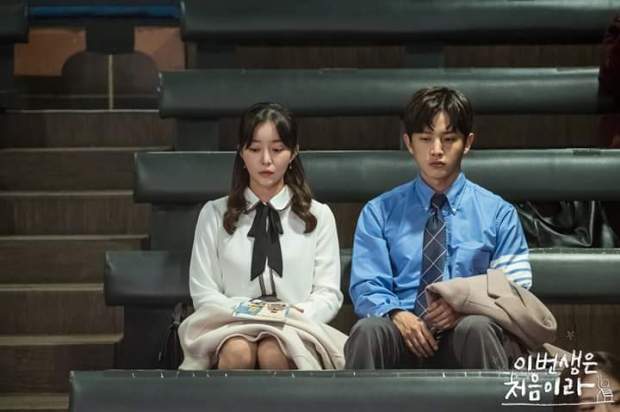 Yup.  Sounds like a dozen people I know.  At some point you have to align your ideas of what the future holds or the relationship will break.  Basic algebra of the heart. 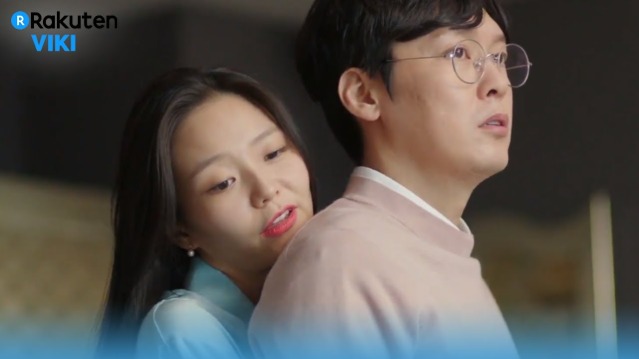 The third romance was of a smart, determined, high power professional woman who  had to put up with the bullshit of men at work and keep that fake smile plastered on her face while their hands and eyes wandered over her.  She kept her relationships short and sweet, preferring no strings attached.  When he meets another smart, determined, high power professional who actually treats women with respect (most of the time), she finds herself giving in to traditional romance.

I adored the friendship between the three girls.  In a way, their friendship was the fourth romance.

And the three men… well, I read this insightful comment on asianwiki…. and thought I’d just reshare – cause damn… good call, Austin. 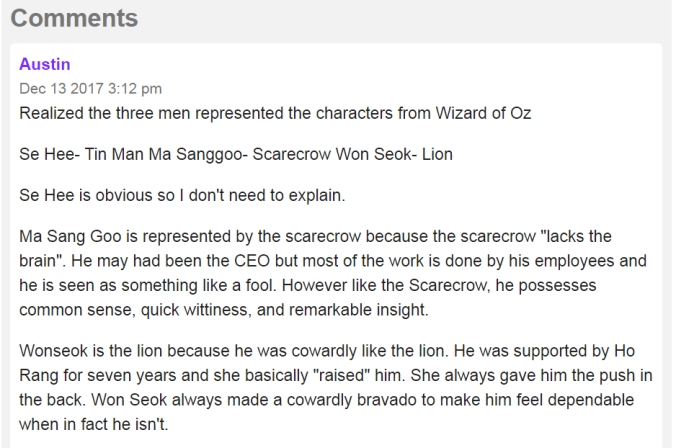 There were lots of interesting side characters and side plots to keep the show moving and give it more scope than just three couples coming together.

There were a few gushingly romantic moments… like the “rescue” scene… sigh….

There was some gorgeous music, too…

It’s just a really good show.  An unusually low key romance that I recommend watching when you’re in the mood for a nice rumination on marriage, couples, and relationships.

I think this is a great show – and I hope we get more like it, but tweek the formula  a little, because as awesome as it was… it should have wooed me and made me gush and blush and adore it a bit more… it wanted to… I wanted to…. but it just didn’t happen.  I loved it.  But I wouldn’t be scarred forever if we break up, dig?

Still… just for the unusual romance, I highly recommend it.

5 thoughts on “Review – Because This Is My First Life”