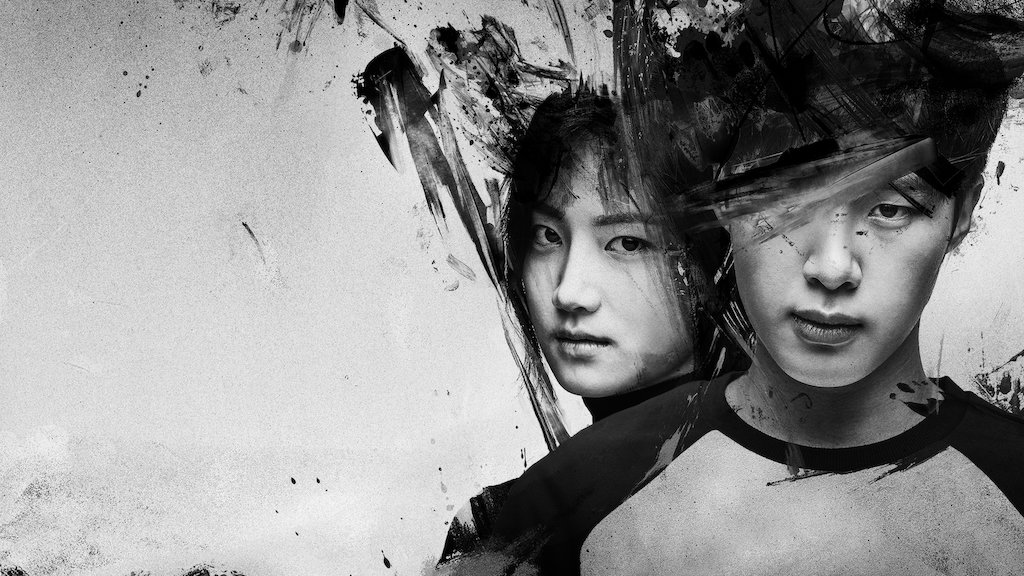 Extracurricular is a dark k-drama that serves up another thick slice of social commentary pie. In particular, it wants to feed you a little story about class warfare.

There have always been dramas that focus in on this particular subject, of the vast differences in the lives of the rich and the poor. South Korea is generally better at realistically portraying poverty than we are here in America. Unfortunately, they suffer from the same tendency to paint the extravagantly rich as something to aspire to and admire. Namebrand recognition. Mega mansions, fancy cars, and shopping sprees. It’s not just enough to be in the middle, you want to be on the top. And if you’re busy focusing on the top, you might not notice that the middle has disappeared.

In South Korea, they tend to layer messages in their social commentary – from the obvious to the more obtuse. Especially when focusing on class and inequality. Some are better than others. What Happened in Bali and My Mister are two that are particularly good in this layering. What makes them good, in my opinion, is that they expose how bleak reality is for those who are struggling financially, how easily things spiral out of control for them, and how easy it is for others to look away.

Extracurricular is a layered story of class inequality that uses this lack of control to illustrate its message and push the narrative. Just like the characters in the show, as a viewer you’ll find yourself constantly surprised by the ever-increasing disasters that occur with even the slightest misstep. This drama has layers of crime, of bullying, of shocking violence, of consumerism, of abuse and of so much more. It’s layered like a Greek Baklava. 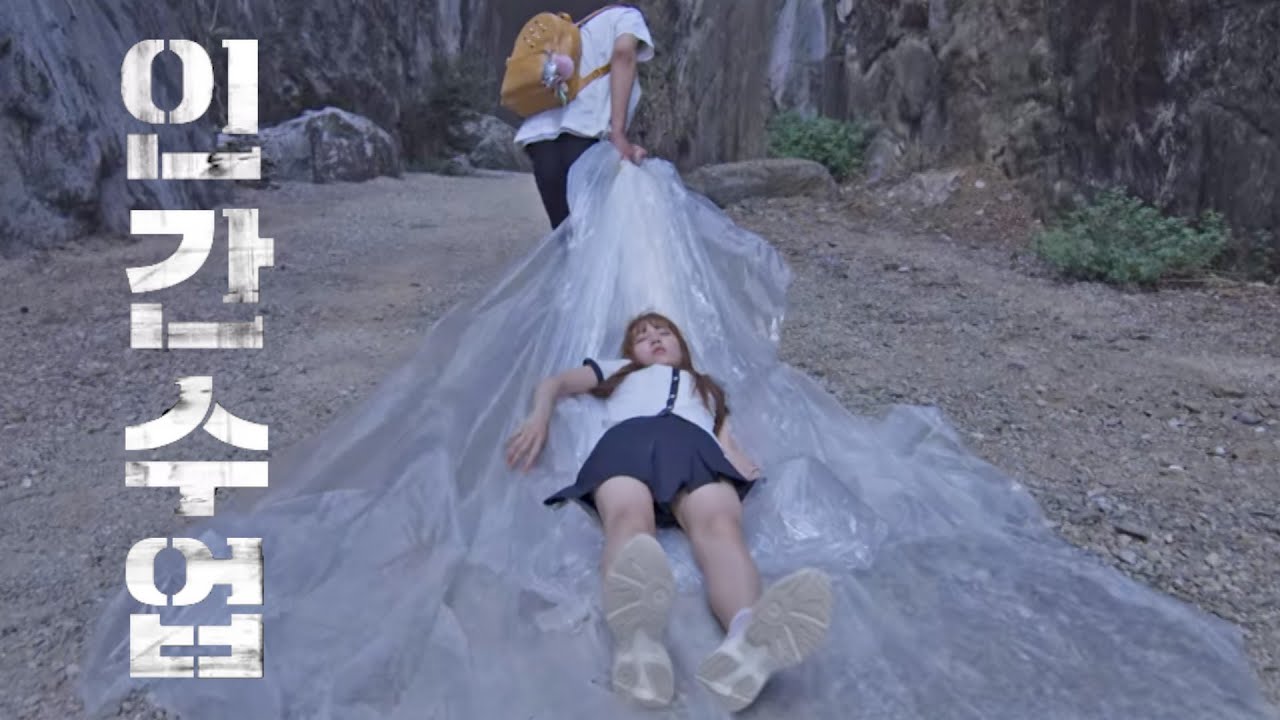 Extracurricular shows how integrated the “unseen” is in the seen world. And it doesn’t make it easy for the viewer to determine the moral of the story or process all the information it provides. It’s messy. And it’s dark. And I enjoyed it, as much for the plotlines as for all the ambiguities and questions it forced me to ponder long after it was over.

Further analysis of the story and the characters follows – with spoilers galore – so you have been warned….

Extracurricular is the story about a young man who has one goal – security – and sees education as the means to that end. He’s the top the student at his high school and plans to get into a prestigious college, keep his nose in the books, and eventually secure a career that provides stability and economic prosperity. He’s quiet, reserved, and unassuming. His gentle face, shy demeanor, and high test scores hide a myriad of problems in his life from the suspicion of his teachers and fellow students.

In reality, this young man is barely surviving. He has been abandoned by his family and manages to keep himself alive through a lucrative, albeit illegal, side hustle. He manages a small prostitution ring, anonymously screening johns and locations, and offering surveillance and security to the girls. We are never told how he got into this rather unbelievable gig, but that’s a minor flaw in an otherwise intriguing story. He uses the money he collects to provide for himself, but most importantly he is creating a nest egg to fund his education and thus help him reach his goal.

On the other side of the story there is a young woman who was raised with both stability and economic prosperity, but has realized how corrupt the system is that supports the elite. Her path is laid out before her, golden parachute attached, and all she has to do to succeed is merely continue forward and accept the world presented to her, but like our male character she longs to escape her situation. The suppressed anger and disgust for society this young woman harbors boils right beneath the surface, making her behavior unpredictable and impulsive.

Neither of these two can comprehend the life situation of the other. Someone without financial need, openly courting danger and risking their stability seems unbelievable to the young man. And someone who has absolutely no financial security whatsoever seems impossible for the young woman to comprehend, even as his reality becomes clearer to her. She longs to break out the system that controls her life, even if it will break her in the process. And he longs to break in. It’s a dynamic full of tension, loathing, and tenuous connection.

Both of these actors are excellent in their roles. Kim Dong-Hee is all tortured innocence and Park Joo-Hyun is a bomb with a frayed timer.

Around these two core characters are a collection of adults and other teenagers who are also molded by their circumstances and blinded by their worldviews. The teachers who can not imagine their smartest student involved in serious crime. The teenagers who don’t suspect that one of their classmates is involved in prostitution. The parents whose concern for their own comfort and well being outweighs that of their children. The police that are understaffed and overwhelmed, constantly attempting to sort out the mirage of reality and discover the hidden crimes of the world. 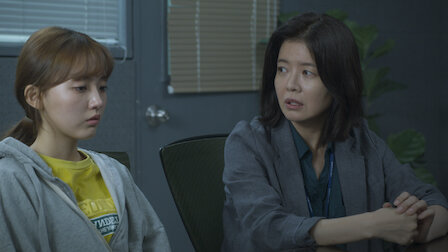 “You’d tell me if you were hookin’, wouldn’t you?”

Everyone underestimates how much trouble a person can be involved in while simultaneously overestimating their ability to determine the truth. It’s not that people aren’t willing to help, it’s that more often than not they can’t see who really needs the help. The obvious signs – which we are largely taught through the media we consume – are not reliable for indicating problems. Mainly because our problems are usually much bigger than our media portrays. There’s more kids hungry, more abuse, more drugs, more bullying and more secrets than we like to imagine. The world isn’t what we see because we are taught to keep things hidden.

One aspect of this show that really haunted me was the sharp contrast between the acclimation of violence to the glorification of violence: from gangsters and hustlers who use it to control their business, their coworkers and their subordinates, to the teenagers who use it for social positioning, for intimidation, for securing admiration and pecking order among their peers. I can’t help but think how easily the gangsters tortured and killed people and compare it to how easily the teenagers pushed each other around and skipped off with bats, grinning like fools, full of naivety and bravado, as they ran into a situation out of their control. 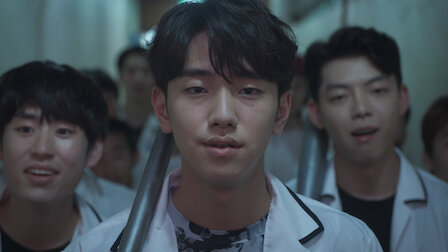 Violence is cool as shit, bro.

The divisions of crime – which we often lump together for convenience – are also in sharp contrast here. The differences between the prostitution rings, for example, is terrifying. The low key body guard (played by man Choi Min-Soo, infamous for lighting my panties on fire with his portrayal of the ninja Chun in Warrior Baek Dong Soo) who helps protect the small group of girls, with his soft spoken advice and careful distance, is in sharp contrast to the over the top, extroverted and terrifying managers of the Banana Karaoke Club. Though as we learn, it’s easy enough to cross over the lines and become the monster you are trying to protect others from. 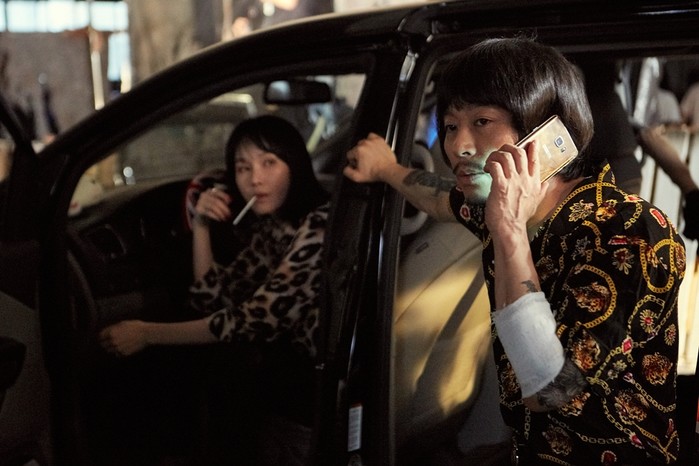 I am generally not a fan of excessively ambiguous endings, but I must admit I liked the fade out we were given with this show. If the young man survived, where is he now? What has he become? How much of it was beyond his control? Can he salvage anything or has he ended up as doomed as his father… as the other lost individuals that society has abandoned and left to their own devices? The crimes he hoped he could excuse and put behind him will now follow him for life, along with the evidence he unwittingly left everywhere.  Even if he survived… he really didn’t, did he? His dream is dead.

Personally, I don’t think there’s any possibility our young nerdy pimp will end up with the corrupted elite girl – either romantically or professionally.  Their entire relationship was like an ill-fated prophecy, a car crash, an unlikely combination that will never permanently mesh. A fish and a bird may fall in love but can not live together, after all.

I really enjoyed the two days it took me to binge this drama.  I can’t help but think there is a collective ringing in most people’s ears – warning that the system we have adopted has become too corrupt to support the vast majority. We’re waking up from our blind consumerism and capitalist systems and starting to get noisy.

All I have to say is… Viva Revolution, my friends.