Spy Myung Wol is one of those adorable, zany romantic comedies that came out a while back – with heavy handed shenanigans, lots of side characters, tons of extras, and these stellar cliches for leads that are so out there you can’t help but love them.  Think… The Greatest Love or You Are Beautiful or Fated To Love You or Secret Garden.  Zany.  With handguns!  This drama is about a North Korean spy who ends up getting entangled with a South Korean actor/rockstar.  National politics, international intrigue, paparazzi, and a hosts of fans are thrown into the mix for a good-hearted romp of a show.  Not only are the two leads highly amusing, but there’s a whole gift basket full of side characters that are witty and entertaining.  It’s so much fun!

It’s no secret that I love Eric Moon.  This is exactly the role he is born to play, too.  The arrogant, handsome, self assured alpha male.  He gets to run the full gamut of emotions, including my personal favorite for him – full on madness induced by love.

Plus, he got to whip out that nasty smirk of his – TWICE… which just floors me every time I see it. It’s not just his acting chops that are impressive in this show, either!  We also get to enjoy his ever shifting hair… that goes up and down and side to side… and changes colors and styles as frequently as Rihanna’s.  His outfits are equally amusing and fun.  Eric Moon is perfect casting for the A-List Celebrity who is so bewitching even North Korean’s are scheming to win him over.

But let’s no forget about the second male lead.  Lee Jin Wook.

Oh, my my my.   He is super… super… super duper handsome.  In an almost porno primal way.  He was awesome as the triple agent super spy… whatever his agenda was, we did not mind that man standing at rigid attention one bit.  He just felt really at ease in his up tight role.  I loved this guy in Nine Times Travel but I think I may have loved him more as the repressed, comrade in arms in this show.  I always like characters like this… duty driven, burying their emotions under ten feet of steel.  I also liked this character because I didn’t pity him.  Sure, he wasn’t going get to the girl and that’s always a little bittersweet, but I wasn’t brokenhearted over it.  This dude was steel plated.  He’d move on (I was totally shipping him with the second female anyway).

Our lead female was also expertly cast.  Han Ye Seul!  She is fantastic!!! 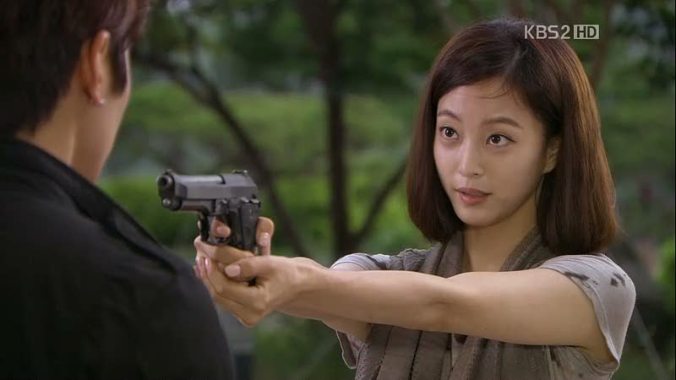 This is the big eyed sweetheart that won me over in Will It Snow for Christmas.  Sure, she’s made a few terrible dramas… who hasn’t, really?  Worry not, drama fans!  She was very good in this one.  Both charmingly innocent and iron-will tough.   And a very cute romantic lead.  It was great to see her play such a fun character with so much going on – she was the center of this show and everything revolved around her.  Never once did I stop rooting for this plucky little North Korean. 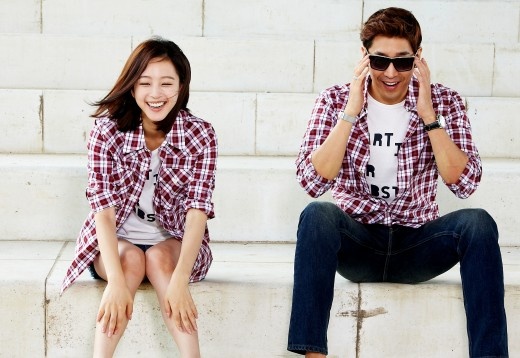 The plot changes all the time, which is good news to drama fans.  Personally, I am always worried about what kind of fuel a drama is putting into the gas tank and whether or not it will make it to the finish line going the same speed.  This drama soared from beginning to end.  Never a dull a moment.

And did I mention it was hysterical?  There were some genuine laugh out loud moments in this drama.  So many great opportunities for all of our actors to show off their comedy skills.

The second female lead, who played the villain… was awesome.  She stomped her feet and threw tantrums and screamed and basically amused me throughout the drama with her antics.

Sure, there wasn’t much to her character but jealousy and spite, but I thought she was fun.  She was also quite sexy, progressively so over the show, and I actually really enjoyed her shared scenes with Mr. North Korea.  They had surprisingly chemistry and were oddly cute together.  Would it be too much to ask for some outtakes or side reels that have these actors just tearing each other’s clothes off… cause… geesh.  They were really quite attractive together.

Spy Myung Wol was ridiculously romantic.  Just about every episode, once it got going.  Eric Moon is excellent at acting love lorn and Han Ye Seul with her big beautiful eyes and sweet smile had me sighing nonstop… it was wonderful to watch them push and pull and twist and turn and go through all the crazy plot elements of this wild show. I mean… we’re talking professing your love on national television romance here.  Committing treason against your country romance.  Ruining a scripted television show to work out your problems on air romance.  Just… huge and over the top romance.  And plenty generic, cutesy romance too… it just hit all the marks, honestly. 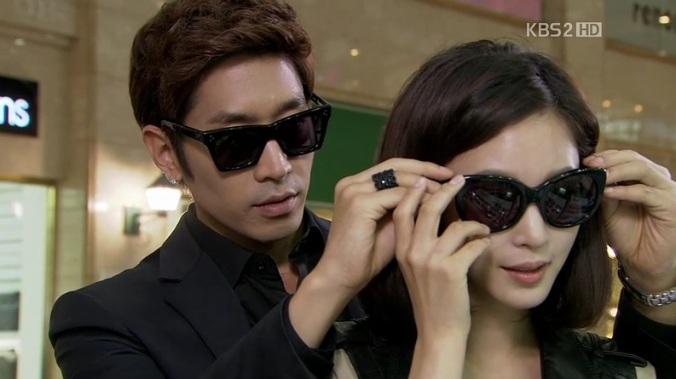 There are a lot of tense build ups in this show, too.  The biggest, naturally, is what will happen when he finds out his girlfriend is a North Korean spy?  Let me just say the mounting tension leading to this had me biting my fingernails to bits and pieces.  And Eric Moon took it home for me as the confused, angry and frustrated boyfriend who knew SOMETHING WAS UP but wasn’t really sure what… he was just desperately in love and horribly suspicious and his world was falling down around him.  Like I said before, he’s really good at playing crazy in love… emphasis on the crazy.  Whoa Nelly.

Spy Myung Wol!  I can’t believe I waited so long to watch this drama.  I always thought it was going to be silly… in an annoying way and not a fun way.  Oh, how wrong I was!

Not that there weren’t a few dumb aspects to this show.

There was some ancient mystery about a bunch of old books that should have been much cooler than it was – but they failed to make it interesting because the show forgot to really tell us anything about it other than, “It’s a bunch of old books that tell a story when you put them together.  Or make a treasure map?  Or…. something.”  The books were the only truly missed opportunity to this show.  It wasn’t really necessary to have more plot – but it might have been cool.  I mean… ancient books that lead to treasure is pretty freaking cool.  That could be a show in itself.  It almost seems to contrast the North Vs. South Korean plotline, in a way, and distract from it… but whatever.

Also, the car crash mystery bit at the end was kinda lame and unnecessary but it literally only wasted ten minutes of my time so I can hardly complain.